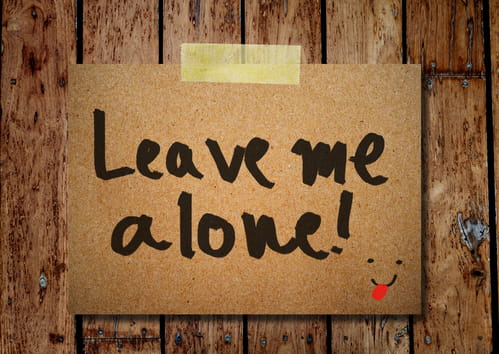 “When they came to Jesus, they saw the man who had been possessed by the legion of demons, sitting there, dressed and in his right mind; and they were afraid. . . . Then the people began to plead with Jesus to leave their region” (Mark 5:15, 17).

This is the most severe case of demon possession in the Bible.
It is also one of the most amazing miracles Jesus ever performed.

Jesus met a man filled with demons when he visited Gerasa, in Gentile territory, on the eastern side of the Sea of Galilee. After Jesus cast out the demons, he allowed them to possess the pigs who ran down a cliff and into the sea. Meanwhile the man sat at Jesus’ feet, calm, clothed, and in his right mind. The response of the townspeople is telling: “They were afraid” (v. 15). They begged Jesus to leave their region. Jesus left,  and as far as we know, he never returned.

Ponder this thought for a moment. After Jesus works an amazing miracle, the townspeople ask him to leave.

When people looked at the man, there was no doubt that a miracle had occurred. Evidently the pigs mattered more than the man. But to Jesus the man mattered more than the pigs. They couldn’t handle the transformation. Instead of rejoicing, they were afraid. Of what? Of the man? Possibly. Of Jesus? Definitely! They were afraid of anyone with that kind of power. What will he do next? To paraphrase C. S. Lewis, Jesus is not safe, but he is good. He does not always do what we expect, but what he does is always for the best.

The people who came to investigate the miracle asked Jesus to leave because he was bad for business. They were right! When Jesus comes into your life, it will never be business as usual again.

Before his conversion, Augustine said he sometimes prayed, “Save me, O Lord, save me, but not now!” He is not the first or the last person to pray that way.

Lord Jesus, may we not be afraid of your power. Change us from the inside out, even if it makes us uncomfortable. Amen.