Living on a Spiritual Plateau, Part 1

Living on a Spiritual Plateau, Part 1 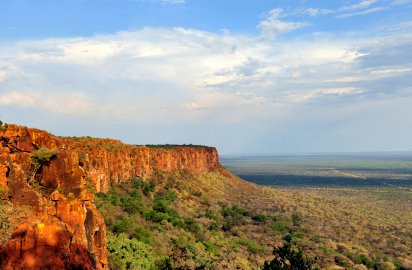 Recently I was invited to speak on the theme of living on a spiritual plateau. The pastors and elders asked me to address the following three topics:

1. Why does God allow us to plateau in our Spiritual life?
2. How does He use this to our benefit and His glory?
3. How does He get us out/off of this plateau?

I found the invitation intriguing and a bit vexing because no matter where I looked, I couldn't find anything in the Bible on the subject of spiritual plateaus. As far as I can determine, the word "plateau" is never applied in the Bible to anything but a literal geological formation. Beyond that, I had some trouble defining the term even though I think I had a good idea of what the leaders meant by it. For that matter, I've probably used the term "spiritual plateau" somewhere along the way. And I've certainly heard others use it.

So even though I generally understand the concept, I couldn't really pin it down to any specific biblical text. That led me to go in the opposite direction. Perhaps I could get to the topic by going through the back door. I decided to check out the dictionary definition of the term plateau. I found that it refers to "a high plain of relatively flat terrain." That definition has two key parts. A plateau is both

Raised up, and
Relatively flat.

A bit of further exploration yielded this fact. The plateau is a naturally occurring formation found in many parts of the world. Plateaus may be caused by many sources, such as volcanic activity, tectonic plate movement, lava flows, or slow erosion over many years. And that led me to this conclusion:

There is nothing wrong with a plateau.

Plateaus are part of God's creation. Somehow that seems like a key insight. We tend to say, "I'm on a plateau" as if that were a bad thing, but perhaps it's not so bad after all. For instance, the largest plateau in the world is the Tibetan Plateau, sometimes called the "roof of the world" because of its location near the Himalayan Mountains. It is both the largest and highest land area in the world, measuring four times the size of Texas. In the US we have a number of plateaus, several in the East such as the Lookout Mountain Plateau, and many in the West, including the Yellowstone Plateau.