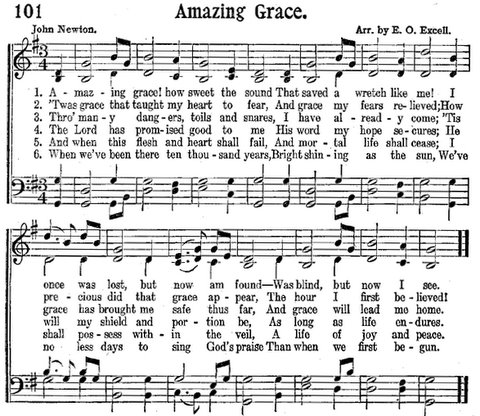 This time Christopher Hitchens got it exactly right.

During a recent trip to Portland, Oregon, noted atheist Christopher Hitchens laid down some seriously good theology. Most people recognize Hitchens as the author of the bestselling book God is Not Great: Why Religion Poisons Everything. Since the book's publication in 2007, Hitchens has toured the country debating a series of religious leaders, including some well-known evangelical thinkers. He is clever, acerbic, quick on his feet, and in general a very articulate spokesman for atheism. In Portland he was interviewed by Unitarian minister Marilyn Sewell. The entire transcript of the interview has been posted online. The following exchange took place near the start of the interview:

Sewell: The religion you cite in your book is generally the fundamentalist faith of various kinds. I'm a liberal Christian, and I don't take the stories from the scripture literally. I don't believe in the doctrine of atonement (that Jesus died for our sins, for example). Do you make and distinction between fundamentalist faith and liberal religion?

Hitchens: I would say that if you don't believe that Jesus of Nazareth was the Christ and Messiah, and that he rose again from the dead and by his sacrifice our sins are forgiven, you're really not in any meaningful sense a Christian.

Sewell wanted no part of that discussion so her next words are, "Let me go someplace else."

This little snippet demonstrates an important point about religious "God-talk." You can call yourself anything you like, but if you don't believe that Jesus is the Son of God who died on the cross for our sins and then rose from the dead, you are not "in any meaningful sense" a Christian.

Talk about nailing it.

In one of the delicious ironies of our time, an outspoken atheist grasps the central tenet of Christianity better than many Christians do. What you believe about Jesus Christ really does make a difference.

But that observation leads us to a completely different sort of irony. How is it that a man can have such a clear conception of Christianity and yet not be a Christian? How can someone say something that sounds as if it might have come from Billy Graham and yet emphatically reject the Christian faith? Not long ago Hitchens debated conservative Christian author and speaker Douglas Wilson on the theme Is Christianity Good for the World? The ongoing discussion led to a movie/DVD called Collision.  In his Breakpoint commentary on the clash of worldviews, Chuck Colson summarizes the differences between the two men this way:

For all their cooperation and good fellowship, Hitchens makes the stakes clear when he declares, "One of us not just has to lose the argument but has to admit real moral defeat. I think it should be him."

The film takes its title from Wilson's remark, "Basically a debate like this is more a collision of lives than it is an exchange of mere views."

Hitchens is right that both views cannot be correct. And Wilson is right that this is a "collision of lives," not just a friendly debate about who has the better recipe for apple pie. If one man is right, the other man must be wrong.

So how could a man so clearly grasp the heart of the Christian faith and yet reject it completely? The answer must lie in the spiritual realm, and here we begin to turn a corner because this sermon is not really about Christopher Hitchens at all. He merely illustrates the point that you can have an excellent knowledge of the Christian faith and yet reject it entirely. I suppose we all understand that intuitively, mostly because we've all known people who grew up in the church and apparently absorbed the message, only to utterly reject it later in life. My interest at this point is not in the intellectual objections to the faith. I want to dig deeper and ask, "What is happening in the heart of a person who knows the gospel and yet rejects it completely?"

According to 2 Corinthians 3:12-4:6, they do not see the truth because they cannot see the truth. They are quite literally blind to the truth of the gospel they partially understand. And until that blindness is removed by God, they will never be saved.