Should We Be Glad George Tiller Is Dead?

Should We Be Glad George Tiller Is Dead? 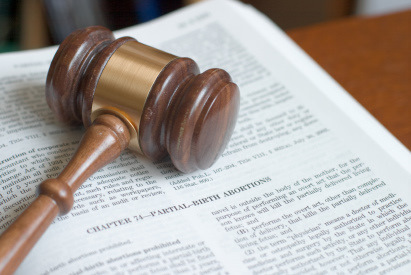 A thoughtful person wrote a note asking how pro-life Christians should feel about the murder of Dr. George Tiller, the late-term abortionist who was gunned down while serving as an usher in his church in Wichita, Kansas. The writer frames the question this way:

Do you think it’s a sin to feel relief that he is dead? While I would never condone violence towards anyone, I felt somewhat of a relief knowing he would never kill another unborn child...and some born. In a way, the result would be the same if he had been killed via an electric chair... Is feeling relief about his death sinful?

That’s an interesting way to put it, I think. How should we feel about his violent death? My own judgment is that we should utterly condemn that lawless act of murder that took place in a house of worship during a Sunday morning worship service. I say this for several reasons:

1. George Tiller was murdered–pure and simple.
2. The murderer short-circuited the legal system.
3. He took vengeance into his own hands when vengeance belongs to the Lord.
4. He broke the Sixth Commandment.
5. He took a life that was not his to take.

And of course there is more . . . this act gives the pro-abortion lobby another opportunity to paint the pro-life movement as violent and dangerous . . . it pulls the focus away from saving babies and helping women with unplanned pregnancies . . . it puts us on the defensive . . . it distracts us from the reality that the abortion debate must be a soul debate.

Have we forgotten that “we do not wrestle against flesh and blood"? Killing George Tiller enrages and inflames, but it does not move us any closer to the goal of seeing real heart change so that human life is regarded as worthy of protection inside the womb.

And I do think we are winning that battle. Little by little hearts are changing. One recent poll showed that for the first time a majority of Americans consider themselves pro-life. It would be tragic if this senseless murder erases the enormous good done by crisis pregnancy centers, sidewalk counselors, crisis hotline workers, those who counsel women who’ve had abortions, pastors who have courageously spoken out for life, and young women who decided to give birth when it would have been easier to have an abortion.

We need to think long-term because we serve a God whose purposes unfold across the centuries. It may be that our grandchildren will still live with abortion. I hope not, but it may turn out that way. No matter how long it takes we must not lose heart, we must not despair, and we must not turn to violence to advance the cause of life. And we should give no support to those who believe that this killing was anything other than murder.

See Al Mohler’s column A Wicked Deed in Wichita for a further discussion of this topic.