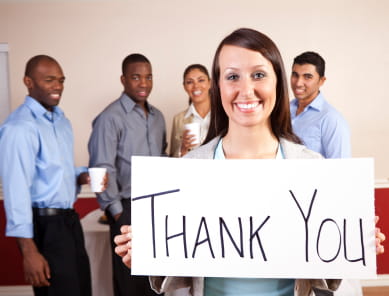 “Now one of them, when he saw that he had been healed, turned back, glorifying God in a loud voice. He fell on his face, giving thanks to Jesus. And he was a Samaritan” (Luke 17:15-16).

As Luke tells the story, Jesus heals ten lepers, but only one came back to give thanks. Luke says he fell on his face before the Lord. He had what some people would call a “shouting session.”

And why not? He’s been healed of leprosy. For twenty years he was a leper living in this remote corner, separated from his family, forgotten by his friends, and cut off from his own people.

Suddenly, the disease vanishes and with it the twisted limp, the crooked fingers, the atrophied muscles. In less time than it takes to tell the story the disease and all its ugly tentacles are pulled from his body, with not a trace left behind. He stretches his arms high above his head and then picks up a stone to see how far he can throw it. He begins to walk and then runs and finally leaps into the air.

He is whole again. Healthy again. Clean again. No longer an outcast.

No wonder he shouted. I would too!

When Luke adds, “He was a Samaritan,” the shock is such that we ought to read it this way: “Think of it. A Samaritan.”

Remember, Jesus was a Jew and the Jews thought Samaritans were half-breed traitors. To make matters worse, he is a Samaritan leper. To a Jew, a more repulsive combination could not be found. He was from the wrong race, he had the wrong religion, and he had the worst possible disease.

Ten men were healed that day, but only one came back to give thanks. Are you living with the nine or with the one? Far too many of us take our blessings for granted and groan about duties. Does that sound like you? It doesn’t have to be that way.

Lord Jesus, how often I take your blessings for granted. May I open my mouth to glorify you so that others will know what you have done. Amen.