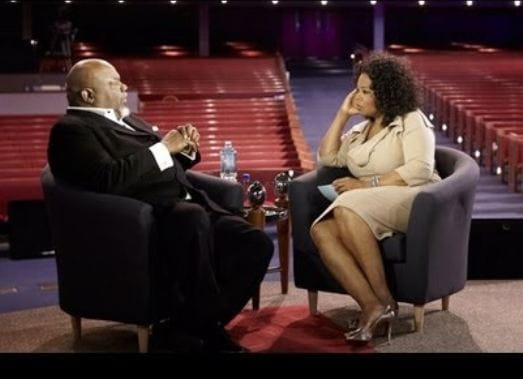 Recently Dallas megachurch pastor T. D. Jakes was asked by Oprah Winfrey to give his stance on homosexuality. Given Oprah’s huge audience and vast popularity in our culture, it would be easy to evade that question by trying to change the subject. Here is what Jakes said:

“I’m not called to give my opinion. I’m called as a pastor to give the scriptural position on it. Doesn’t mean that I have to agree with you to love you. I don’t dislike anybody. I love everybody."

When pressed to clarify, he added this:

I think this is fine way to handle a difficult topic on national TV. On this point T. D. Jakes is exactly right. The preacher isn’t called to give his opinion on anything. He is called to say what God says.

I know that T. D. Jakes has occasioned controversy over his views of the Trinity and the Prosperity Gospel. Those are important topics that need to be discussed, but I’m not dealing with those matters here. On the key point of how he handled the red-hot question of homosexuality and the Bible, Jakes gave the right answer.