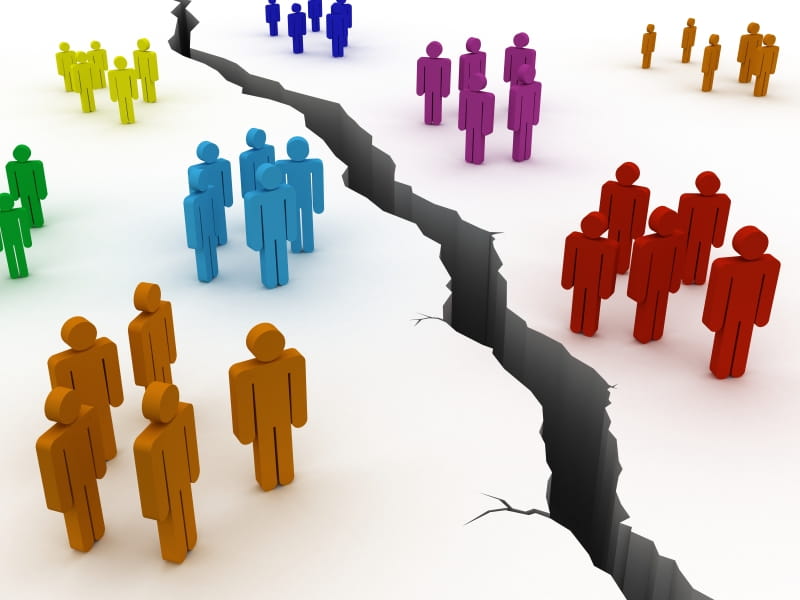 The evangelical movement is about to divide.

Nothing could be clearer.

It’s true that we have often disagreed over things like church government, views of the Second Coming, baptism, lifestyle habits, worship style and musical preference. But those differences, though deeply felt, were intramural debates over secondary issues.

This time we are going to divide over a primary issue.

It is isn’t just about homosexuality or even about gay marriage, though that is the most obvious factor. When all the cards are out on the table, it will be clear that we have divided over biblical authority. Some of us will say, "We accept the 2000-year-old teaching shared until recently by every branch of the Christian movement that God designed marriage for one man and one woman.” We will also say that all sexual activity outside of marriage is sin. And we will continue to insist that homosexual behavior is always sinful.

Evidently not everyone will agree with us.
That includes some folks who graduated from our leading Christian colleges and seminaries.

For a variety of reasons, they will insist that the church has been wrong about this for 2000 years and that we must extend Christian fellowship to openly homosexual men and women. They must be allowed to join the church, sing in the choir, teach Sunday School, and if they are otherwise qualified, they could be chosen as deacons, elders and pastors.

As Al Mohler has recently insisted, there is no middle ground on this issue. We aren’t going to be able to paper over the difference or to "agree to disagree” as if this issue is like disagreeing on the timing of the rapture or whether or not we should sing more hymns.

This is a deal-breaker.
Can’t we all just get along? No, we can’t.

The people who argue for full inclusion of gays and lesbians in the church are going to go one way, and the rest of us are going to go another. This will mean splitting denominations, leaving churches, and in some cases, it will divide families.

No one can be happy about the very real pain involved.
But better that we should separate than stay together and pretend at a unity that does not exist.

A few years ago I would have thought that most evangelicals would stay true to the biblical teaching about marriage. Today I will hedge my bets on that issue. We hear seductive voices calling us to "rethink” our position while other influential leaders admit to "struggling” over this issue. Clearly those voices are having an impact.

But in one sense it doesn’t matter. The people who think it’s okay for two guys or two girls to get married and then come and lead Awana on Wednesday night will never be accepted by the rest of us.

We aren’t buying what they are selling.

Because our culture has shifted on this issue, the price for fidelity to biblical teaching is rising all the time. Christians who openly stand for one man-one woman marriage will face increasing opposition in the days to come. It may be that we will be the ones leaving some churches because we are the minority.

The divide is coming and in some senses is already upon us.
We all get to decide where we will stand.

Years ago I heard Don Cole say that "it is better to divide over truth than to unite around error.” He was right, and because of that we will soon be going in different directions.