The Finger of God

The Finger of God 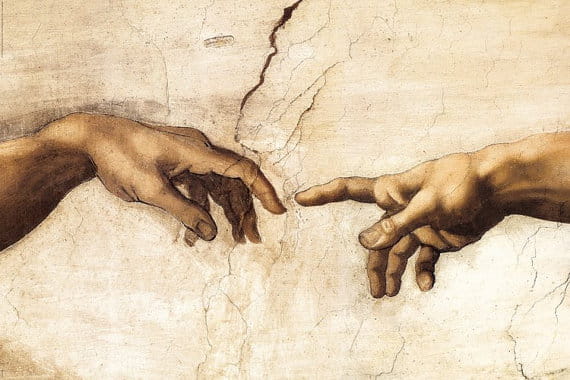 These words of Jesus refer to Exodus 8:19, where Pharaoh’s magicians correctly surmised that the plagues had come to Egypt as a result of “the finger of God.” Exodus 31:18 tells us that the Ten Commandments were given to Moses on two tablets inscribed by the “finger of God.” Psalm 8:3 adds the important fact that the heavens are “the work of your fingers.”

When the Pharisees accused Jesus of casting out demons by the power of Beelzebub (that is, by the power of Satan himself), Jesus replied that their accusations were both illogical and inconsistent. It was illogical to suggest that Satan would cast out demons by his own power because he would then be opposing himself. Furthermore, since Jewish exorcists regularly claimed to cast out demons, to accuse Jesus was to accuse their own followers as well. They would rise up in judgment against the Pharisees for suggesting such a thing (v. 19).

Only one conclusion can be drawn from the miracles performed by Jesus: “The kingdom of God has come to you” (v. 20). For thousands of years Satan had ruled the earth—not as its rightful owner, but as a usurper. In a sense, the whole story of the Bible is the story of God moving to reclaim that which is rightfully his. Though the world belonged to him by creation, it had fallen into evil hands. Now the King himself had come to stake his claim on the earth.

Since the days of Jesus, Satan has been a defeated foe. Though he continues to fight against the Lord, his doom is sure, his final destiny in the lake of fire guaranteed by the victory Christ won at the cross.

The kingdom of God truly came in the person of Jesus the King. One day not long from now he will return once again to establish His kingdom on the earth.

Satan is doing all he can to destroy God’s work in the world. That includes attacking and harassing the people of God and tempting them to sin. But those who follow Christ closely will discover that Jesus is stronger than Satan.

He won the battle 2,000 years ago. He is still the victor today.

Lord Jesus, I lift up your name for you have triumphed over Satan and all his evil forces. I praise you for allowing me to share in your great victory. Amen.