The Man Not Afraid to Die

The Man Not Afraid to Die 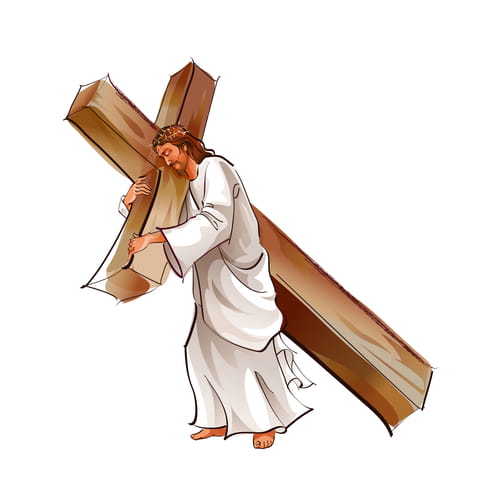 “I cast out demons and perform cures today and tomorrow, and the third day I finish my course” (Luke 13:32).

The Pharisees tried to warn him.
They said Herod wanted to kill him.
They were right.

But Jesus was a man who knew no fear. He sent them back to the king with a message, “Go tell that fox.” In the original, he used a feminine form that could be translated as “Go tell that vixen.” It was a subtle insult that Herod would not miss. Having beheaded John the Baptist, he focuses on Jesus of Nazareth, hoping to kill him too.

Herod had earthly power, but he could not stop Jesus from his rendezvous with destiny in Jerusalem. The miracles would continue for a short time (“today and tomorrow”), but nothing could stop Jesus from finishing his course.

Say what you want about Jesus, but never call him a coward. The Pharisees didn’t worry him, the Sanhedrin didn’t scare him, the mocking soldiers didn’t deter him, and vacillating Pilate didn’t surprise him.

Most of us live in fear about what might happen tomorrow. We get frightened because we don’t know what the doctor will say, or how the jury will decide, or whether we’ll keep our job, or what our kids will face. We go into surgery knowing only that we don’t know what will happen. We lay down at night, not knowing if we will see another day.

That’s the universal human experience, with exactly one exception. Jesus never lived in fear because he knew what the future held for him. Even though he knew about the coming cross, he never withdrew in fear. He never shirked his duty or tried to make a deal to save himself.

He went to Jerusalem, knowing that he would die there, but Herod could not kill him. There is no panic in his heart, no fear of what was to come, just a calm acceptance of his Father’s will. His “hour” was upon him. Soon he will hang on the cross, suspended between heaven and earth. Soon he will carry the sins of the world.

But between now and then, he will cast out demons and work miracles. Herod in all his blustering fury could not stop him or even slow him down.

Jesus walked the road his Father set before him.
That road would end at the cross.

Our Lord will not hurry, but he also will not delay. Soon he will cry out, “It is finished!” and the work will be done. No one can stop him. As Joseph Parker put it, “God gets his way in his own universe.”

Lord Jesus, thank you for finishing the work of salvation. We are going to heaven because you did not turn back. Glory to your name forever! Amen.