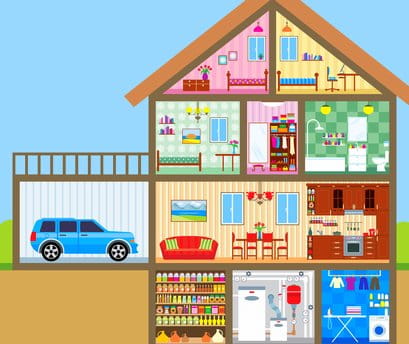 Talk about a tough break.

Judah was the name of one of the sons of Jacob in the Old Testament. He became the founder of the tribe of Judah, from which the Messiah (Christ) would be born. In Jewish circles, Judah was a very good name. That’s why lots of parents in the first century named their sons Judah.

But there’s a catch. The name Judah is pronounced Judas in Greek.

Did you know there were two apostles named Judas? We know about Judas Iscariot who betrayed the Lord. But there was another Judas in the apostolic band. In Acts 1:13 he is called Judas the son of James. But when John wrote his gospel, he simply called him “Judas (not Iscariot).”

That’s what I mean by a tough break.

You followed Jesus for 3 ½ years, you walked the dusty roads of Galilee and Judea, you saw the miracles and heard the teaching. You were there the religious leaders accused Jesus of being in league with the devil. When so many others left, you stayed with the Lord because you believed in him. You were in the crowd during that midnight melee on the Mount of Olives when the bad Judas betrayed the Lord. You didn’t betray Jesus with a kiss. It was the other guy.

Now you’re stuck with a good name dragged into the mud by the treacherous act of the only Judas most of us know about. But that’s not fair because the “other Judas” was a righteous man who never betrayed Jesus. History suggests that in later years he took the gospel into the region of Mesopotamia.

John 14:22 gives us the only recorded words of the other Judas: “Lord, how is it you’re going to reveal Yourself to us and not to the world?” When Christ was on the earth, the only way to know him was in person. But when he left, he sent the Holy Spirit to indwell each believer.

We are not orphans.
Jesus did not leave us alone.

Here is a wonderful promise. You can know the Lord, and he can be at home in your heart every single day. The heart has a living room, a dining room, a bedroom, a kitchen, a computer room, a TV room, many closets, and an attic. Too many believers keep Christ in the entryway, as if to say, “Jesus, I’ve got you in the door. Now stay there and don’t bother the rest of my life.” But the Lord wants to enter every room. He wants to enter your kitchen, your bedroom, your library, your TV room, your computer room, and he wants access to every closet and even to the “attic” of your heart. As long as you keep the doors locked, he can never be “at home” in your heart. And you will never be happy as a Christian.

The question is not, “How much of the Lord do I have?” but rather, “How much of me does the Lord have?” Until Christ is at home in your heart, he will always seem like a stranger to you even though he lives in you.

This is a wonderful truth, and we have the “other Judas” to thank for asking the question in the first place.

O Christ, come in and make yourself at home in my heart today. Amen.