The Sadducees Ask a Trick Question

The Sadducees Ask a Trick Question 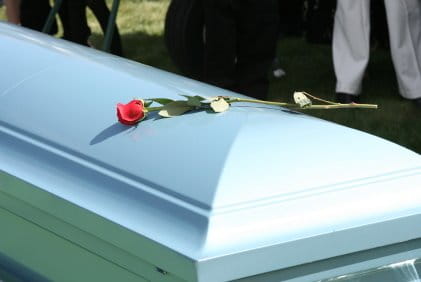 “At the resurrection whose wife will she be, since the seven were married to her?” (Luke 20:33)

Talk about a run of bad luck.

And the natural question is, “Whose wife will she be in the resurrection?”

It’s hard not to laugh out loud when you read that story, which is exactly the point the Sadducees wished to make. They concocted a ridiculous example to show the absurdity (to them) of the whole idea of a resurrection of the dead. But Jesus turns the tables on them by saying, in effect, “Fellows, you’ve got it all wrong. You think the next age will be nothing but a continuation of this age. But it’s not. The rules that govern this age don’t govern the next age.”

Jesus then goes to the deeper point that God is not the God of the dead but of the living (Luke 20:38). He adds a wonderful phrase, “For to him all are alive.” Here we have the truth underlying the Christian belief in the resurrection of the dead. God will raise the dead because he cannot fail to keep his promise. He who calls himself “the God of the living” will not leave his people in the grave. Our hope for the future rests not in science, not in speculation, not in some proof text, but in the character of God himself!

If he is our God and we are his people, death is not the end of the story. A better day, a brighter day, a glorious day of resurrection awaits all the people of God. In the meantime, between now and then, we go to be with the Lord. This is what Paul meant when he said, “To die is gain” (Philippians 1:21). Not even death can separate us from the love of God in Christ Jesus our Lord.

When death comes to us, we can know this much for certain. The Lord who has been with us throughout our earthly journey will not abandon us when we need him most.

If you want to know the truth about life after death, there are only two ways to be sure:

1) See for yourself. All of us will do that eventually.
2) Take the testimony of someone who knows.

This is where the words of Jesus take on life-changing power. He’s been there, he entered the realm of death, he experienced it fully, he was as dead as anyone has ever been. On the third day he came back from the dead, never to die again. We have the authoritative word of the Son of God who emerged from the grave with the keys of death and Hades in his hand. Because of Jesus, we are not left to wonder what happens when we die. Death cannot change our relationship with God because he is not the God of the dead but of the living.

Those who know Jesus have entered into a relationship that even death cannot sever. Our hope for the future is as secure as the promises of God. For the Christian, death is not the end but the beginning of life forever with the Lord.

Lord Jesus, you have defeated death once and for all. We look forward to that wonderful day when the dead in Christ will rise immortal and incorruptible. Even so, Come, Lord Jesus. Amen.