Seed of the Woman

Seed of the Woman 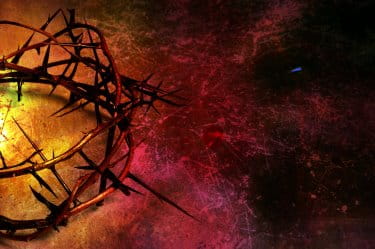 “I will put enmity between you and the woman, and between your seed and her Seed” (Genesis 3:15).

This is the first promise given after Adam and Eve ate the forbidden fruit in the Garden of Eden. It is also the first promise of redemption in the Bible. Everything else in the Bible flows from Genesis 3:15. As the acorn contains the mighty oak, so these words contain the entire plan of salvation. The great English preacher Charles Simeon called this verse “the sum and summary of the whole Bible.”

Although you may not see it at first glance, Christ is in this verse. He is the ultimate Seed of the Woman who would one day come to crush the serpent’s ugly head. In the process his “heel” would be bruised on the cross. In short, this verse predicts that Jesus would win the victory over Satan but would himself be wounded at the same time.

As the centuries rolled on, Satan kept winning victories and God kept raising up men and women who would continue the godly line on the earth. I like to think of this verse as the top of a wide funnel. When the promise was given, no one could have imagined the coming of Jesus Christ. The “seed of the woman” simply meant that he must be a member of the human race. But after the flood the line was narrowed to Noah’s descendants, then later to Shem’s descendants, and later came to rest on one man—Abraham, the father of the nation Israel. Then to his son Isaac, to Isaac’s son Jacob, and then to Jacob’s son Judah. Centuries later the line was narrowed to the house of David. Finally the line came to rest on the firstborn son of a virgin named Mary. What started with the whole human race has narrowed to just one man—Jesus Christ.

Genesis 3:15 would ultimately be fulfilled at a place called Golgotha outside the city walls of Jerusalem. But all of that was in the future when God first spoke these words. Neither Adam nor Eve could fully have known what these words would one day mean.

When Charles Wesley wrote the familiar carol Hark, the Herald Angels Sing, he included a verse based on Genesis 3:15.  Modern hymnals often omit this verse, which is unfortunate since it contains excellent theology:

Come, Desire of Nations, come, Fix in us Thy humble home.
Rise the woman’s conquering Seed, Bruise in us the serpent’s head.
Adam’s likeness now efface, Stamp Thine image in its place,
Second Adam from above, Reinstate us in Thy love,
Hark, the herald angels sing, Glory to the newborn King.

As we begin our Lenten journey, let’s remember that Christ came in fulfillment of a promise made amid the wreckage caused by Adam’s sin. Through his great sacrifice we have been set free.

Lord Jesus, with your own blood you kept the promise the Father made. Glory to you, our Savior and King. Amen.