To be a Root out of Dry Ground

To be a Root out of Dry Ground 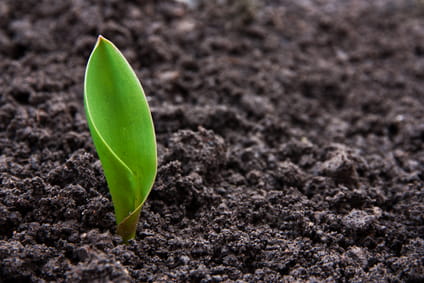 Jesus was not born in Rome.
He wasn’t even born in Jerusalem.

When God decided to enter the world, he came in a most unlikely way. He came not as a conqueror or a world leader but as a helpless little baby, born in a stable, in the little village of Bethlehem.

Years later his critics dismissed him by asking, “Is this not the carpenter’s son?” (Matthew 13:55)

They said, “Who does Jesus think he is?”

That’s not fair, but that’s life in small towns. It’s not always negative, but sometimes it is. When people decide you come from the wrong side of the tracks, that judgment tends to stay with you forever.

So it was with Jesus.
The people who knew him best (or thought they did) couldn’t take him seriously.
“Where does he get off trying to teach us anything? He’s Joseph’s son.”

He was a root out of dry ground, meaning he didn’t come from a promising background. A root out of dry ground is like a plant growing in the arid regions of West Texas. Lots of dust, very little water. A little shoot pokes its way out of the ground, but it won’t last because there isn’t any water to sustain it.

Jesus wasn’t born to royalty.
He didn’t have a blue blood heritage.

Sometimes we look at someone and say, “He’s an average kind of guy.” That’s exactly what the leaders said about Jesus. They didn’t see any reason to take him seriously, so they didn’t. He didn’t come with the usual marks of greatness so the rulers completely misunderstood him and his mission on the earth.

Do not make the same mistake the Jewish leaders made so long ago.
Do not put Jesus in a man-made box.
Do not demand that he meet your expectations.

Christ has come!
God has revealed his mighty arm of salvation.

Will you believe the Good News?

O God, the world still misunderstands your Son. We long for the day when Jesus will reign over all the earth. Until then, help us to live in hope that better days are coming. Amen.