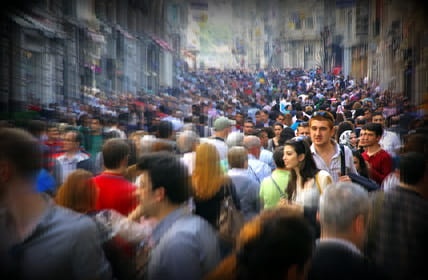 For 2000 years people have wondered what Jesus looked like. Artists in every era have painted Jesus as they imagined him to be. Most of those paintings tell us more about the artist than they do about Jesus. Perhaps that is inevitable since the gospel writers tell us nothing at all about Jesus’ physical appearance. We know he was Jewish and raised in the Middle East, and we know he grew up in a workingman’s home. But that doesn’t tell us anything about his height, his weight, the color of his eyes, the color of his hair, or anything about his distinctive features. Children in North America usually see pictures of a Jesus who is taller than his disciples, with long flowing hair, light skin, and dark brown eyes.

I don’t say that to be critical because you have to start somewhere if you’re going to paint a picture or make a movie. You can’t have Jesus as a shapeless ghost. But it is typically human to move from the known to the unknown. We start with what we know—our own race, our own culture, our own language, our own ideal physical specimen—and from that we craft the unknown. So it is no surprise that in various cultures around the world, Jesus often looks like people within those various cultures.

In American churches, Jesus often looks very American. Most of us have seen Warner Sallman’s famous painting called Head of Christ. This is what millions of children think Jesus really looks like. He has long flowing hair, a nicely trimmed beard, chiseled features, piercing eyes, with a soft glowing light that seems to radiate from his face. The overall effect speaks of reverence, holiness and power, all of it mixed with love and compassion that says to the onlooker, “You can trust me.”

I have no quarrel with the way Jesus has been portrayed across the centuries, so long as we remember no one knows what he really looked like. Isaiah 53:2 gives us the only meaningful hint.

In most Hollywood productions, Jesus stands out from the crowd. But Isaiah makes the opposite point. The people who rejected him did so precisely because he wasn’t very impressive.

Though he was the Son of God, he appeared on the earth as an ordinary man.
Though he came from the majesty of heaven, he hid that majesty behind a workingman’s face.

Charles Wesley captured this idea with these words from Hark! The Herald Angels Sing:

Lord Jesus, I am glad you came as an ordinary man so I could relate to you. Thank you for opening my eyes to trust you as my Lord and Savior. Amen.