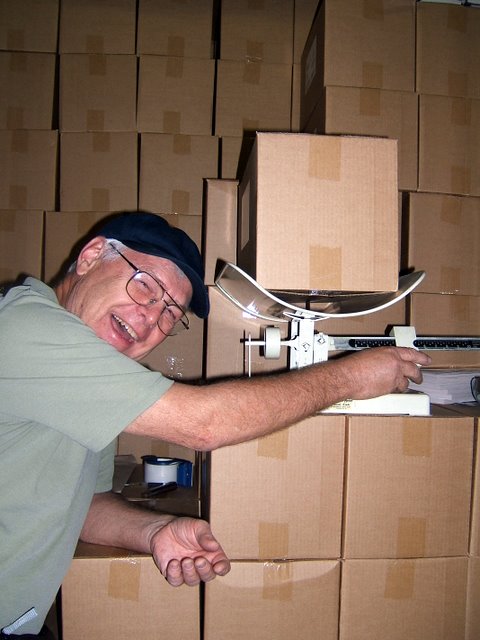 *Just got off the phone with Ernie Schulz who said they just got a ton of new snow in Chicago. Ernie runs our Anchor Book Depot, which means that when we ship boxes of An Anchor for the Soul, Ernie makes the mailing labels, goes to the warehouse where we store the books, and gets the shipments ready to go. He is an indispensable man, always full of the joy of the Lord. Without him the Anchor Book Depot would not exist.

*Speaking of Anchor, we're working on a revision of the book that Moody first published in 2000. Since then we have donated over 400,000 copies to various ministries in the US and to the US military serving around the world. We expect the new edition to come out late this year or early in 2011. Besides some updating, we will add a study guide to make the book more user-friendly. And because we're low on books (Ernie says we're nearly at zero), we're ordering 25,000 more copies of the current edition to tide us over until the revised version comes out.

*Fred Sanders published a kind evaluation of Dr. Charles Ryrie, one of my professors back in the day. He correctly notes that Dr. Ryrie's greatest gift is communicating doctrinal truth in an understandable fashion. His book Basic Theology stands a model in this regard. I saw Dr. Ryrie several years ago at Word of Life Florida, and his passion remains the same. When we were introduced (I hadn't seen him in 30 years), he said, "Ray was one of my students," which made me feel very good indeed.

*Al Mohler has written a deeply moving story from Haiti called Adopted for Life and Death. Take a moment to read and reflect.

*Debbie Lucien has been giving daily updates on her blog about the ministry to those injured and/or displaced by the earthquake that devastated Port-au-Prince, Haiti.

*At church on Sunday I noticed a number of boys wearing Boy Scout uniforms for no apparent reason. But then I learned that the Boy Scouts celebrated their 100th anniversary on Monday. That brought to mind my years as a Cub Scout and later a Boy Scout. I had far fewer merit badges than the boys I saw on Sunday, but I did make First Class, and I can remember spending several weeks at Camp Westmoreland near Florence, Alabama. There on a hot summer morning I earned an award for swimming one mile without stopping, which meant swimming back and forth across Shoals Creek about 8 times. I found a page illustrating the Six Boy Scout Knots, and I can truthfully say that the only one I really mastered was the square knot. Anyway, congratulations to the Boy Scouts who for a century have helped generations of boys become trustworthy, loyal, helpful, friendly, courteous, kind, obedient, cheerful, thrifty, brave, clean and reverent. (I had to look it up but then it all started coming back to me.)

*Someone asked if any of my books are available in Spanish. The answer is yes. Here are six that I know about: