What Christopher Hitchens Got Right

What Christopher Hitchens Got Right 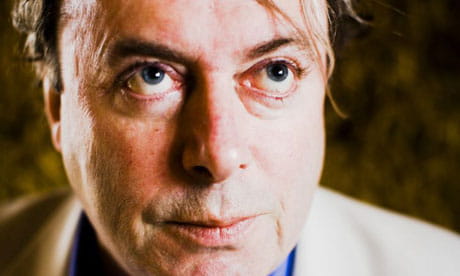 Christopher Hitchens died last week at the age of 62 after losing his battle with esophageal cancer. Following the publication of his bestselling God Is Not Great: How Religion Poisons Everything, he toured the country debating a series of religious leaders, including some well-known evangelical thinkers. In Portland, Oregon he was interviewed by Unitarian minister Marilyn Sewell. The entire transcript of the interview has been posted online. The following exchange took place near the start of the interview:

Sewell: The religion you cite in your book is generally the fundamentalist faith of various kinds. I’m a liberal Christian, and I don’t take the stories from the scripture literally. I don’t believe in the doctrine of atonement (that Jesus died for our sins, for example). Do you make and distinction between fundamentalist faith and liberal religion?

Hitchens: I would say that if you don’t believe that Jesus of Nazareth was the Christ and Messiah, and that he rose again from the dead and by his sacrifice our sins are forgiven, you’re really not in any meaningful sense a Christian.

Sewell wanted no part of that discussion so her next words are, “Let me go someplace else.”

His own writings in the last year or so raised the question of a death-bed conversion. Knowing that we evangelicals like to hold out hope that even a militant atheist might come to Christ at the last moment, he tantalized us with this comment not long after he was diagnosed with cancer:

“No evidence or argument has yet been presented which would change my mind. But I like surprises."

To the very end, as far as anyone knows, he maintained his steadfast non-belief in God. I mention that only to remark that we need to think carefully regarding last-second conversions. On one hand, we know that sometimes people come to Christ at the very last second. We have evidence going all the way back to the thief on the cross who cried out to Jesus, “Remember me when you come into your kingdom” (Luke 23:42).

But the other side is equally true. Last-second conversions are remarkable precisely because they happen infrequently. As a friend who works in hospice told me, “The way you live is the way you die.” Sinners may repent at the last second, but no one can count on that happening. It is good to remember that there were two thieves who died alongside Jesus. One was saved that none should despair. One was lost that none should presume.

Where does that leave Christopher Hitchens? It leaves him in the hands of a God in whom he did not believe. We need not speculate on what may or may not have happened in the last moments of his life. The final transactions of the heart are known only to God. Meanwhile we know that Judge of All the Earth will do right (Genesis 18:25).

We cannot go beyond what the Bible says. The God who is both righteous and gracious makes no mistakes, not with Christopher Hitchens, not with any of us.

There is a message here for each of us if we care to take it. Make sure that you are trusting in Jesus. Don’t delay that decision or hope to get right with God sometime in the future. Do it now, while you can. Trust in Jesus so that when you die, you are ready to meet the Lord.