When You Are Misunderstood

When You Are Misunderstood 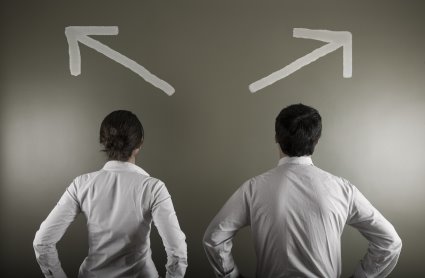 Are you guilty of assumicide?

That's a word I discovered this week. It's what happens when you make false assumptions about others so that you can portray them in the worst possible light. Michael Andrus says we do this all the time:

"We are so prone to be suspicious. When we become offended or hurt, we immediately begin to look for evidence that someone did us wrong. I can't tell you how many times I have done that in my marriage or in my parenting. But I can tell you how many times it's been done to me; I keep track of those things. I'm being a bit facetious, but not much. It's really amazing to me how often I am quick to assume that someone has it in for me" (from the message "When Your Integrity Is Impugned").

Assumicide leads to the death of relationships because we end up believing the worst about others. We've all been guilty of drawing wrong conclusions on the basis of tiny scraps of evidence:

He didn't call back so he must not want to talk to me.
I think she's trying to ignore me.
They never hire people like me.
That church just wants my money.
How could he be a Christian and act like that?
I saw her in a bar. She must have a drinking problem.
I'll bet they are sleeping together.
He's probably a jerk at home too.
I don't like him. I don't know why. I just don't like him.
She's full of herself.
You can't trust someone who dresses like that.
He's a hypocrite.

On the other hand, if you are the victim of assumicide, it's very hard to fight back against false assumptions. Few things hurt more than being misunderstood by our close friends. The closer they are to us, the greater the pain. When that happens we discover a lot about ourselves. How we respond when we've been misunderstood tells a great deal about the depth of our Christian faith.

Our passage brings us face to face with a strange situation that at first glance doesn't seem like it should be a big deal. The apostle Paul found himself in trouble with a church he had founded in the Greek seaport of Corinth. From Acts 18:1-18 we know that he spent 18 months in Corinth winning people to Christ and establishing the church. After he left a faction arose in the congregation that questioned his leadership. They challenged his authority, insinuated that he wasn't a "real" apostle, attacked his character, and accused him of using the Corinthian church for his own gain. The troublemakers succeeded in turning most of the church against him.

And their chief complaint was this. Paul couldn't be trusted because he had changed his travel plans-not once but twice. He hadn't come back to visit the Corinthians as he said he would. That proved he was a fickle man whose character and message could not be trusted.

Just remember this. It started over something small. That's how it usually happens. Someone didn't greet us in the hallway, they didn't answer our email, they didn't invite us to their party, they didn't show up for an appointment. Or we heard they said something negative about us. Or they didn't laugh at our jokes. Or they suddenly seem cold when they used to be glad to see us.

From a tiny spark of discontent a mighty flame of unhappiness grows. That flame soon becomes a wildfire that threatens to destroy a relationship. Congregations have split and friendships have ended over things that started very small but grew all out of proportion.

Let's check out this passage to see how Paul responded to a misunderstanding that threatened to destroy a friendship and a local church.