The Resurrection and the Life

The Resurrection and the Life 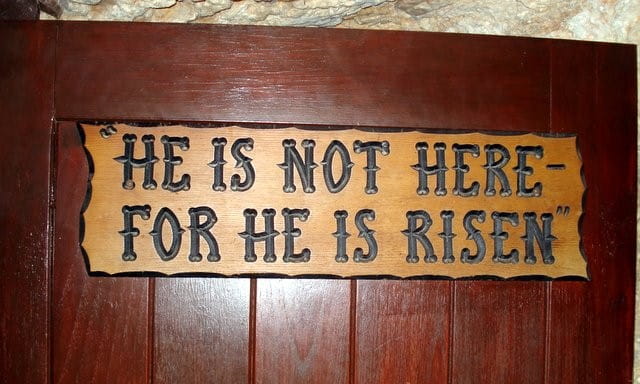 Notice how personal this is.

Jesus doesn’t say, “I bring resurrection and life” but rather “I am the resurrection and the life.” In the presence of Jesus, death is no longer death. It is something else entirely. As Paul says later in the New Testament, death has now lost its sting, and the grave its victory.

How can that be? The answer seems to be that death has been transformed by Jesus himself. I remind you that our Lord often used the word “sleep” to describe death. When he saw Jairus’ daughter, he said, “The child is not dead but sleeping” (Mark 5:39). When he told the disciples that Lazarus was asleep (John 11:11), they were relieved because then they knew he would eventually wake up. Sleep is natural and normal, which is why no one calls the paramedics when you lie down to take a nap. The whole point of sleeping is to wake up later. Death for the believer is like lying down to a good long nap. The body may sleep a long time—for many years in fact—but in the end it will wake up. When Jesus raised Lazarus, it was just a specimen, a sample of what he will do for his people when he returns to the earth.

But it’s very personal with Jesus. The answer to death is not a resurrection. It’s Jesus himself. “I am the resurrection and the life.” No one can ever hope to escape death unless he is related to Jesus through personal faith.

Here’s something you may not have considered. Lazarus was raised from the dead only to die again later. Why did Jesus raise him? So that we would know that he could do it. After all, anyone could say “I am the resurrection and the life,” but only the Son of God could do what Jesus did.

It’s Easter Sunday. What does this day mean? It means that through Jesus Christ you can be released from the fear of death. But there’s a question you must answer. It’s the question found at the end of verse 26. We generally overlook the question, but it’s the key to what Jesus said. When I’ve asked people to quote the passage, they always stop before the question. But if you skip the question, then you miss the whole point.

With those words we bring our Lenten journey to an end. I hope you have enjoyed these short meditations on the names and titles and descriptions of our Lord. May we love him more and more.

Lord Jesus, what would we do without you? Where could we go but to the Lord? You alone have the words of eternal life. We pray for those who do not know you. May they find the Rock of Ages. Thank you for giving us hope that death cannot destroy. Amen.