The Most Selfish Reason Not to Join a Church

The Most Selfish Reason Not to Join a Church 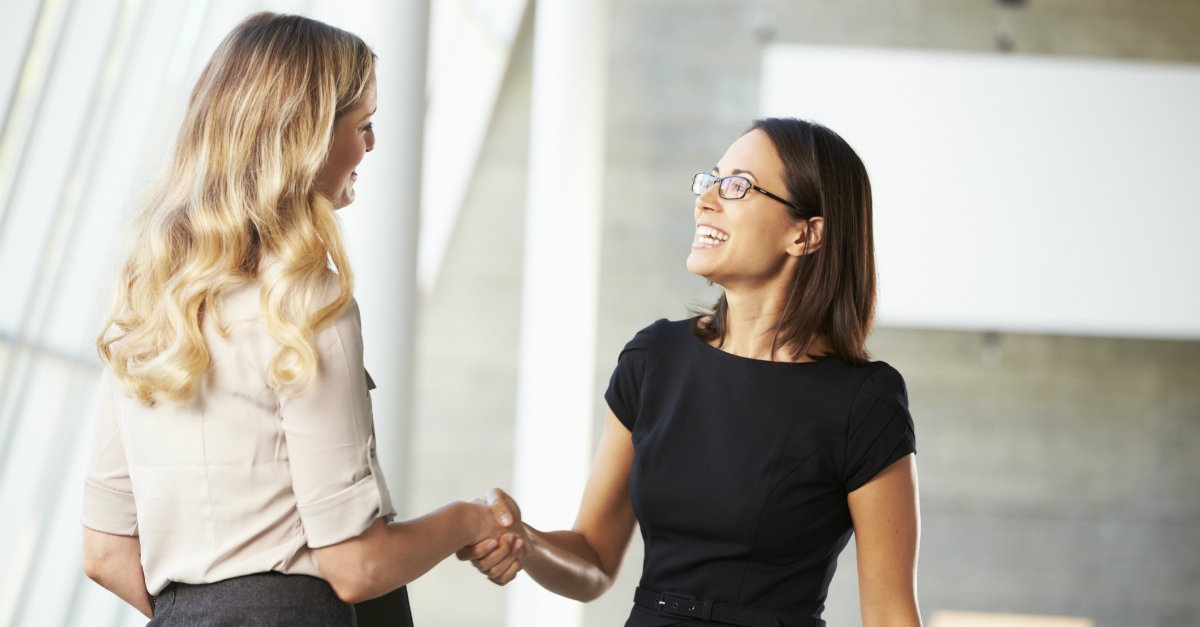 “No one spoke to me at that church.”

“I’m never going back there again."

We pastors have heard it all.  Sometimes, it’s anonymous notes informing us that ours is a cold church, that not a single person spoke to them last Sunday. They will not be returning.

Usually, it’s hearsay.  A visitor told a friend who passed it on to a neighbor who told one of our deacons.

Church visitors, it would appear, can be a troublesome lot. Always demanding to be greeted warmly, seeing that as their right and as the confirmation that ours is a church founded on the Rock and faithful to the Word.

I beg to differ.

Three passages of Scripture seem to speak to this issue, but in a reverse sort of way.  See what you think…

In Mark 2, we read: “Again He entered Capernaum after some days and it was heard that He was in the house.  Immediately, many gathered together, so that there was no longer room to receive them, not even near the door.”

The story tells of four men in the community bringing their paralyzed buddy to see the Lord. Unable to persuade anyone to move back and let them in the house, they carried the stretcher onto the roof, tore it open and lowered it inside. The Lord was so touched by their faith (see Mark 2:5), He forgave the man his sin and healed him of his paralysis.

I wonder some things about this….

a) When Jesus began teaching in the house and crowds gathered, did everyone greet everyone else?

b) Did anyone leave that day because “no one spoke to me?”

c) Wasn’t whether anyone greeted them irrelevant, the point being to get to Jesus?

Then, did the four men carrying their friend on a stretcher get upset because no one welcomed them?  Did they leave in a huff declaring they would never be back to that house-church again?

Or, did they keep their eyes on Jesus? Wasn’t whether anyone said ‘hello’ or not completely beside the point?

I suggest that ours may be the most self-centered generation of believers in history, at least in this country. We train greeters and ushers and parking lot attendants in the art of friendliness and meeting the needs of seekers, as though this were a big deal in Scripture.  We hire pollsters to find out what seekers want and tell us how to keep visitors. In truth, we’re afraid they’ll go to the church down the street. And where’s the crime in that?

In Mark 2, the crowd in the house is merely indifferent to the four men trying to get their  friend to Jesus.  But here in Luke 18, the people “going before” Jesus were actively hostile and discouraging to the seeker.  We can hear them scowling.  “Hold it down, mister.” “Hey! We’re trying to have a nice reception for our distinguished visitor.  The last thing we need is for a dirty, smelly beggar to create a scene.”

Did the beggar (called “Bartimaeus” in Mark 10:46) get his feelings hurt and refuse to have anything to do with Jesus? After all, if those closest to Him are so haughty and unloving, there surely can’t be much to Him.

So do some reason.

How the crowd treated the beggar of Jericho was a mere inconvenience. Sadly, the man was used to being overlooked and sneered at.  One more dose mattered little.  He was determined to get to Jesus, no matter what anyone said.

Bartimaeus, patron saint for all who are snubbed by insiders but who persist for Jesus’ sake.

Then, in Luke 19:1, we read: “Then Jesus entered and passed through Jericho.  Now, behold, there was a man named Zaccheus who was a chief tax collector, and he was rich.  And he sought to see who Jesus was, but could not because of the crowd, for he was of short stature.  So, he ran ahead and climbed up into a sycamore tree to see Him….”

Once again, the crowd blocks the way to Jesus.  They’re not intentionally barrng the path of the tax collector to Jesus; they’re merely taking care of themselves and caring nothing for those around them.

So, one wonders: Did Zaccheus get his feelings hurt? Did he vow never to have anything to do with Jesus and not to believe in His disciples since no one helped him up to the curb to see Him?

The questions are silly, of course.

The object was Jesus. To see Him, to get to Him, to know His touch.

Throughout the world, Christians worship in homes, vacant store fronts, under mango trees, in jails, and in ten thousand other kinds of facilities.  But in one country on this planet–ours!–the churches are so numerous that God’s people become demanding and selfish. They want to be greeted and welcomed and treated special in order to become a part of Church A. Otherwise, they might go to Church B.

And please forgive our church leaders for catering to their egotism and playing that little game.

Some will read this and think I’m against greeters and ushers.  They would be mistaken.  What I’m trying to do here is to urge the Lord’s people to think this through. I pray those looking for a church home will seek the Lord Jesus and His will, and stop this silliness of gauging church spirituality by how many times their names were called or their hands were shaken.

I’m urging those of us who claim to be disciples of the Lord Jesus to grow up and act like the mature Christian people we should be.