The Scripture Passage Most Pastors Forget About

The Scripture Passage Most Pastors Forget About 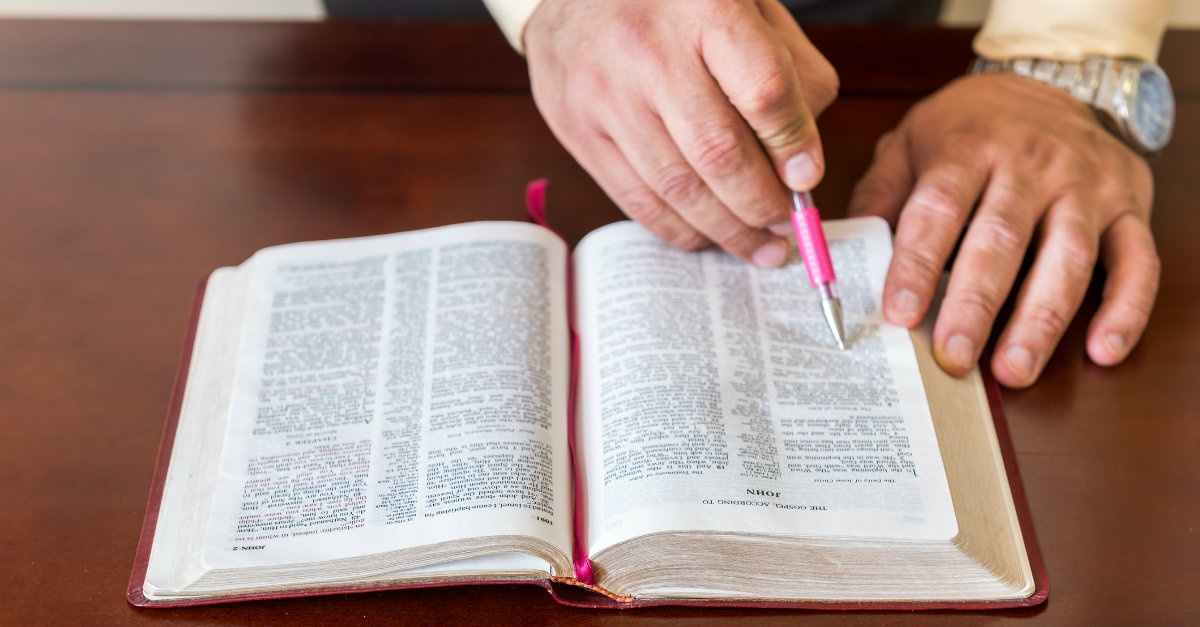 Suddenly, that great church which the pastor was enjoying and had been bragging about to his colleagues turned on him and wanted him gone.

Without warning it seems, those precious people who had welcomed him so warmly just a couple of years back have now joined the vicious mob clamoring for the pastor’s head.

That wonderful deacon fellowship which had devoted themselves to serving God’s people and ministering to the needy suddenly arose and announced their intention to oust the pastor.

That sweet family to whom the pastor ministered again and again misinterpreted something he did (or believed something they heard) and began to devote themselves to seeing that he was fired.

Why, Lord?  Pastors and their families wonder that.

Many a servant of the Lord has been treated less kindly and more unfairly by the Christians than any business in town would treat an employee they were dismissing.

One unemployed pastor said to me, “If this is the way it is, maybe I’d better find some other line of work.”

Another said, “All I ever did was try to bless those people.  Now, look at how they have behaved.  Why?”

Another said, “Why does God allow this?”

In every case, I hear them out, offer them my understanding and sympathy, and then say, “You might want to go back and read your charter again.”

“Yes. Where the Lord told you what to expect, how people would treat you, and why He would allow it.”

“It’s the tenth chapter of Matthew, beginning in verse 16 and going through the end of the chapter.

–Why beginning in verse 16?  Because the first 15 verses are a temporary, one-time only instruction to the Lord’s disciples as they were about to go out and “try” preaching, then return and report to Him.  (Luke 10:17 tells of their return.)  But from verse 16 through the end of the chapter, everything the Lord said pertains to us for the rest of this age.

–Jesus said we should expect to be mistreated.

–We should not be surprised when that mistreatment comes from the best people.  “You will be beaten in their synagogues,” He said.  They actually think they’re serving the Lord.

–Why does the Lord allow this?  “As a testimony to them and to the Gentiles.”  That is to say, Jesus needs someone to be Exhibit A of His presence in a human life.  He needs someone to catch the attention of the outside world so they will hear God’s message.  After all, Caesar ain’t coming to your revival, friend.

–The world is watching.  (See Acts 16:25.  They’re listening, too.)  When you are mistreated, the outside world watches in silence to see how you will take it.

–You’re no better than Jesus.  The pupil should not expect to be honored above his teacher.  They hated Him, they will hate you.  They crucified Him, so why do you expect them to recognize your anniversary each year and to acclaim you as the greatest preacher ever?  Get real.

–But we are not to fear what they are doing.  Three times in this passage, He tells us not to fear.

–We are to be aggressive, to speak up, to speak boldly, to hold nothing back.  In other words, we should not be so cotton-picking politically correct.  Take a stand, preacher. And if it gets you in trouble, well–that’s what He said would happen.

–If it causes a disruption in the fellowship of a worldly church, don’t be surprised.

–You keep on doing your job.  Even to the smallest degree. That cup of cold water is precious to one who needs it.  When we give to the Lord’s workers, we share in their reward.

–Speaking of rewards, we in the Lord’s work should readjust our expectations of recognition, appreciation, and honors.   Those who work for human rewards get that, but that’s all they get.  See what the Lord said of the Pharisees in Matthew 6:2,5,16.

Let Matthew 10 become a vital part of your daily armor…

After thoroughly digesting and assimilating its contents–read it again and again until its instructions and insights and promises become as familiar to you as John 3:16–then share it with your family, pastor.  Make your spouse and children aware of what the Lord has said concerning your calling.

Do not go looking for opposition and persecution.  Do your job and it will find you soon enough.  But do not be surprised.  (See the insights of I Peter, particularly 4:19.)

By all means, appreciate a church fellowship which does the right thing.  Encourage them in this, and continue teaching them the proper response to and treatment of the Lord’s servants.

Now, look around you, pastor, and find colleagues in the ministry who are having a tougher time than you.  Perhaps you know a pastor who was driven from his church by a little group who wanted to control things.  Reach out to him.  (When one unemployed pastor said to me, “No one will help.  Why don’t pastors help other ministers who are without a church?”  I said, “When you were pastoring, how many unemployed preachers did you help?”  He said, “I didn’t know it was a problem.” I said, “They don’t either.”)

Keep your eyes on the Lord.  Honor Him. He is your Source, your Resource, and your Portion.  Your Rock, your Shelter, your Song and your Salvation.  The church isn’t, and neither is the denomination.

If you find yourself the victim of innuendo and persecution, go back to Matthew 5:11-12 and live there.

“Blessed are you when they revile and persecute you and say all manner of evil against you falsely for my sake.  Rejoice and be exceedingly glad, for great is your reward in Heaven.  For so persecuted they the prophets who were before you.”

When you get to Heaven, you will find that your suffering was pure gold in the Lord’s sight.  And that will matter more than anything else in the world.