When the Pastor Isn't Preaching What You Want to Hear

When the Pastor Isn't Preaching What You Want to Hear 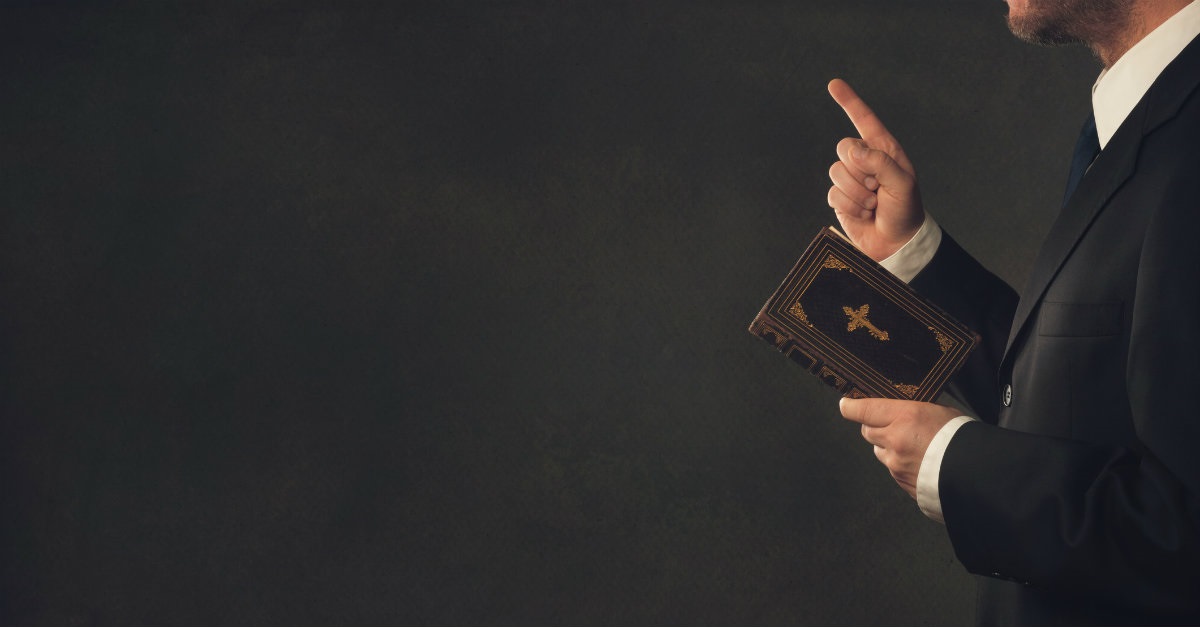 “The angel of the Lord opened the prison doors and brought them forth, and said, ‘Go, stand and speak in the temple to the people all the words of this life’” (Acts 5:20).

Preach the Word as the Lord leads.

A denominational website reprinted an article of ours recently. Most readers were appreciative but one guy left comments telling us what to preach.

“You ought to be preaching on racism,” he said. “The churches are full of it.”

He came back later with a postscript. “After the church shooting in South Carolina, the sale of Confederate flags and guns went through the roof. Yet the churches were silent. This is sinful.”

The writer is the kind of guy who probably thought our article on “godly mothers” was tame and harmless. A real manly  preacher would roll up his sleeves and wade into the hot-button issues, wouldn’t he? Enough with these sissy messages on love and humility, servanthood and Christlikeness. Let’s stir up something, make some people angry, take a hard stand.

Let me say that I’m against racism. And I’ve spoken out a-plenty on the subject. But I’m not about to address some sin–or anything else for that matter–just because some guy I don’t know decided to push my buttons.

People do this to pastors all the time.

–“Pastor, you know this is right-to-life month. We are expecting you to give us a strong one against abortion.” (Anything wrong with preaching such a sermon? Not a thing. But the issue here is people who are telling the pastor what to preach.)

–“Pastor, people would be giving more if you would preach on money more. We need to hear from you.” (No pastor should preach on giving just to generate more income. If he does, his motivation is weak and his motives are suspect. We should preach on money because a) the Lord impresses us to do so, b) Scripture is saturated with teachings on the subject, c) people are held in bondage by their financial dealings and fears, and d) a healthy believer uses money to serve God.)

–“Preacher, did you see where those believers in Catastrophia were killed while they were praying? How come you’re not preaching about this?” (The faithful are being martyred almost daily throughout the world, so this is not news. Furthermore, babies are being aborted at alarming rates. Some demonic warriors throughout the world practice genocide regularly. Then, there is the problem of starvation, crime, drugs, and adultery. Should the pastor let the crisis du jour dictate his sermon subjects? Most of us have found that when we “preach the Word,” eventually we hit on all the needed subjects.)

When the Lord gives you a burden for a cause or a need, it’s your burden. And it’s not transferable.

Something like this happens throughout the world on a daily basis. “Pastor, I was driving down the highway this week and happened to notice that little Dixieland Trailer Park. It was almost time for school and there must have been a dozen children waiting for the bus. And preacher, some of them looked poorly dressed, like they needed a coat, and it must have been freezing. And that got me thinking. That sad little trailer park is the last stop on the road to the poorhouse. Pastor, our church ought to do something down there. That would be a great place for a ministry.”

So far, so good. And then, the speaker goes one step further:

“Pastor, I want you to look into getting some of our people involved in ministering in that trailer park. I’ll check back with you later to see how it’s coming.”

It might have been a trailer park, a housing project, a nursing home or a jail. Maybe it was a run-down neighborhood or a neighborhood center. The concerned member of your church saw it, felt compassion, and then wanted others to respond to his burden.

Jill Briscoe expressed it eloquently a generation ago with her book Here am I; send Aaron.

It simply doesn’t work that way.

The simple fact is that when God gives us a burden, He expects us to respond with “Here am I; send me” (as Isaiah did in Isaiah 6).

The Father will not allow us to hand off our burdens and concerns to another, no matter how well-intentioned we may be.

So, Pastor, if they try that little ploy on you–trying to get you to preach a sermon or start a ministry because of their concern–you owe them a 30 second sermon. It might sound something like this: “That’s fascinating, Bob. Thank you for sharing that. Now, do you have 30 seconds for something?”

He will. Everyone has 30 seconds.

“Bob, in Scripture when God gives someone a burden, He wants that person to act on it. So, if God has given you a burden for saving the life of the unborn, He wants you to do something about that. So, you need to ask Him why He’s put this on your heart and what He wants you to do. What you cannot do, however, is pass along your burden and conviction to someone else, even someone who loves you and respects you as much as I do.”

“Bob, I’m so glad to hear of your concern for the trailer park. I assure you that every pastor wishes more of his members saw what you’ve just seen–people in need in their neighborhood–and wanted to do something about it. But there’s one thing I need to tell you, Bob. God gave you that burden, not me. So, you are the one He wants to do something about it. As to what He wants you to do, I have no idea. But I suggest you take it up with Him in prayer. Stop there and visit the management of the trailer park. Check into what’s going on there. And pray some more. And when you get an answer, come back and tell me and I’ll be glad to do anything I can to help you make this a reality. But it’s your burden, Bob, and your call.”

A burden from the Heavenly Father is the forerunner of a ministry He wants begun. And He gives burdens only to the most faithful, the most capable, the most dependable.

If He has given you a burden, feel complimented, friend. He has plans to use you.