Why are Churches So Focused on Attendance?

Why are Churches So Focused on Attendance? 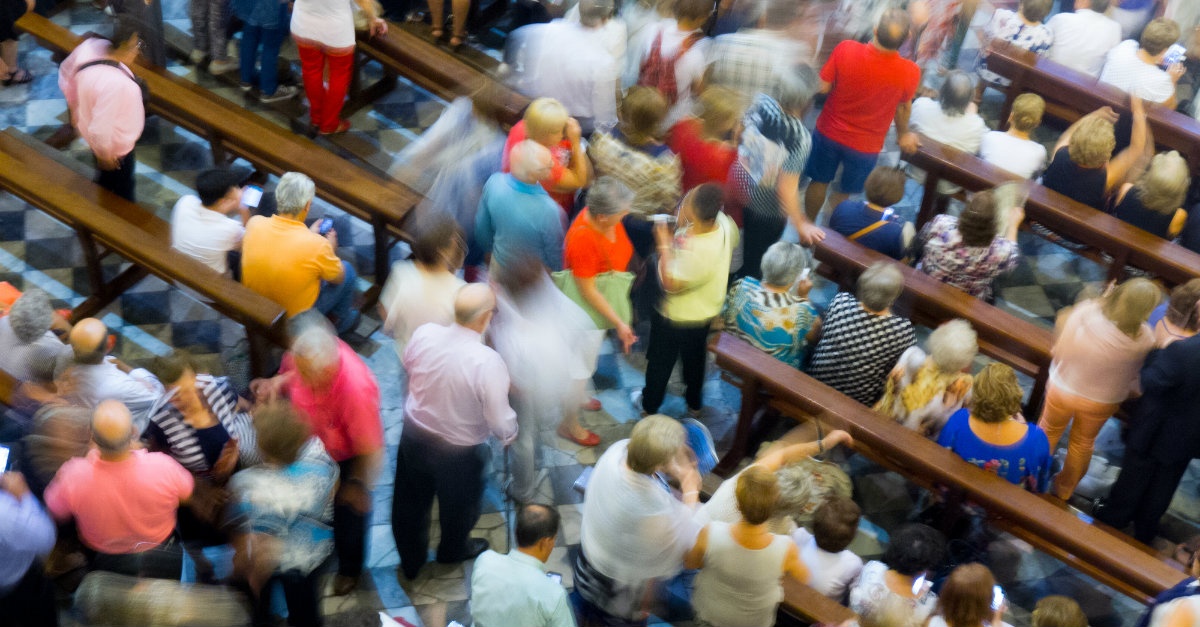 A friend said, “Preachers love their large churches. The bigger the better. But I tell you, when they start giving account for their flock before the Lord, they’re going to wish they’d had a lot fewer members!”

In truth, the Bible puts no prize on the size of anything. “It doesn’t matter to the Lord whether He saves by the few or by the many,” said Jonathan in I Samuel 14:6.  And he was right.

Not that preachers believe this. Most of my colleagues in the Lord’s work seem to believe we need bigness in everything, particularly we want lots and lots of members. The more the better.

The more members you have, the more resources you have: personnel, finances, visibility and influence in the community, denominational respect, etc.

At least, that’s the theory.

Hebrews 13:17 sends a shudder through the heart of every right-thinking minister.  “Obey your leaders and be in submission to those who have the rule over you in the Lord for they keep watch over your souls, as those who must give account…”

Pastors keep watch over the souls of their flock. Pastors will account to the Lord for each member of their congregation.

That’s one reason of a thousand why the Lord has to call people into this work. No normal person would volunteer for a calling with such heavy responsibilities and such strict accountability.

This fellow told in our newspaper about interviewing the chief of a small-town volunteer fire department. “How many members do you have?” The chief said, “Are you asking how many people show up at our fish fries? or how many fight fires?”

Those are two entirely different things.

William Wyne pastored Missionary Union Baptist Church in Columbus, Mississippi, an all-black congregation. When I read that the mayor of Birmingham, Dr. Richard Arrington, was going to be speaking at that church  the following Sunday afternoon, I drove across town to hear him. As I entered the sanctuary, the ushers escorted me straight to the pastor’s office where I met Pastor Wyne, a few other ministers, and Dr. Arrington. At one point, the mayor said, “William, how many members do you have?”

Pastor Wyne’s answer was classic: “In the army or on the field?”

Those are two entirely different numbers.

In our Baptist churches, we have two basic categories of members: resident and non-resident. When someone moves out of town or we’re no longer able to find them, they’re dropped into the second file. In time, that one dwarfs the first. Theoretically, when our people move to another city and join a local church, that office notifies the previous church so they can delete the name from their rolls. When the second church does not notify the first, that person ends up having membership in two churches.

Thus do numbers get inflated.

Across the denominational landscape, a few of our churches are better at drawing people to “make decisions” and be baptized than they are at making actual disciples (which is our mandate, found in Matthew 28:18-20).  Consequently, some churches might show hundreds of people being baptized in a year, even if they cannot find them. They baptize them, add their names to the membership rolls, and move on. As a result, their annual report to the denomination indicates a large number of converts, and their membership rolls show enormous numbers, yet the church never seems to grow.

The next time someone tells you his church has X number of members or that a denomination does, keep in mind that those numbers may be true or completely unrelated to reality.

Why, an outsider asks, would pastors want to pump up their numbers? Short answer: Giving them the benefit of the doubt, I’d say they have become convinced that Jesus wants numbers. And, contrary to everything Scripture teaches, they seem to believe that just getting someone to “pray the sinner’s prayer” and be baptized is of far more importance than “teaching them to observe all the things (Jesus has) commanded” (Matthew 28:18-20). Of course, what the Lord wants is obedient, growing disciples not “decisions” or “converts” or even baptisms.

And those are two vastly different things.

Jesus is not looking for crowds at a fish fry but fire fighters.

He’s not looking for inflated numbers for the army but obedient disciples for the field. The story of Gideon’s 300 should forever disabuse us of the notion that the Lord requires huge armies to do His work (Judges 7).

George Myers was a neighboring pastor who farmed on the side. Some of his rural expressions have stayed with me decades after the Lord took my friend to Glory.

Remarking on a preacher who had left to pastor a church with a huge building but small congregation, George laughed, “You know, Joe. I’d rather have a syrup-bucket full than a number 3 washtub with only half-an-inch in it!”

Hard to argue with that.

While we’re on the subject, let me lodge one more pet peeve about a habit of some of my colleagues in this area. A pastor will arrive at a church whose attendance has dropped during the interim period. Under the previous pastor, let’s say they averaged 200 in attendance, but for the last six months with an interim preacher, the average was more like 120. Then, the new preacher arrives, and stays, let’s say, five years. During this time the attendance grows to 250, which is good. However, on a special day in which they burned the note on the longtime debt and had a celebrity guest, the attendance hit 1200. So, now, get a look at the pastor’s resume.

During Brother Sammy’s tenure at Shiloh Church, attendance went from 120 to 1200.

That is what is commonly known as misrepresenting the truth. Playing with numbers. Lying.

It’s not worth it, pastor. Let us stop this carnal game of trying to impress someone somewhere (I have no idea who we think is not onto our games!) with our numbers and focus on trying to please the Master.

“Not everyone who says unto me, ‘Lord, Lord,’ shall enter the kingdom of heaven, but he who does the will of my Father in heaven” (Matthew 7:21).  Doing His will is what we are all about!

Let us seek to impress Him and Him only.