Waiting for the Next

Waiting for the Next 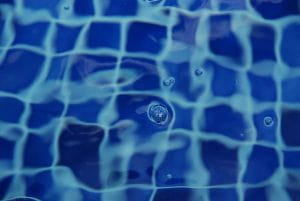 The YMCA locker room smelled like tile, wood and chlorine. My dad and I getting naked together wasn't exactly an everyday occurrence for me -- but, at five years old, I had enough experience in the world to know that the only way to go from being dressed normally to being dressed in a bathing suit was to be totally undressed in between. And my dad was already down to his boxers.

Wow but he had giant feet. They looked to me like things I could bobsled down.

I slipped off my underpants, and tried not to lunge at my swimsuit. I'd seen Man From U.N.C.L.E.; I was down with James Bond. I knew it was all about being as cool as ... well, my dad. Who, bathing suit on, was already walking away from me.

While padding quickly behind him I tossed my white towel over my shoulder, the way he was carrying his. Turns out you needed shoulders for that. By the time I'd plucked my towel from the floor my dad had disappeared around the corner of a line of lockers. I hurriedly caught up with him just as we passed from the locker area into a room the size of an airplane hanger that had mostly water where its floor should be.

I'd seen above-ground pools before; and I'd once seen the ocean. This was very definitely neither of those.

I kept very near my dad as we walked on the cold cement alongside the vast shimmering blue plane of water. When we reached a trio of green plastic chairs my dad draped his towel over the back of one of them. He then strolled over to the edge of the pool.

“Put your towel down and come over here." He held out his hand to me. "C'mon. You're not gonna get hurt.”

A year or so before I had been up on my dad's shoulders as he ran along the front of some brick flats in Atlanta, where we lived. My dad being six-feet, four-inches tall made sitting on his shoulders as he ran about the most dangerously thrilling ride in the world; I was hanging so hard onto his forehead it's amazing he didn't pass out. Perhaps I was blocking his vision; perhaps that's why he failed to see ahead of us the small paned window, exactly as high as my head, slowly being cranked open from inside someone's house. The window wasn't perpendicular to the building for one second before my face and shoulders crashed into it.

Another time, after that, my father stood on the ground beneath me as I swung higher on a swing set than I'd ever dared to before.

But I was also mightily attracted to the idea of flying, for however brief a time.

Besides, how could my dad not catch me? The guy was huge. He could catch a falling Volkswagen.

He could, that is, unless, just as the Volkswagen was beginning its plummet downward toward him, he looked toward my sister when she suddenly screamed "Dad!" Then that poor, stupid car would be on its own.

When my dad pulled me up from the tanbark at his feet, I had so many little red splinters in my face it looked like I had grown a beard.

I had always wanted a beard. But not that way. Talk about itchy.

Somewhere between the Pane of Pain and Operation Face Plant, I walked onto an innocuous looking dirt mound, and immediately sunk into the ground up to my chest. I had fallen into a colony of red fire ants. I screamed so loudly I may have misaligned the sun. My dad came bolting out of our house, grabbed the back of my shirt, yanked me from the earth, and ran to get a garden hose. Soon, instead of being eaten alive by ants, I was being blasted with freezing cold water.

What I found after being practically fire-hosed was that I could not, for the life of me, stop shaking. Somewhere in the back of my literally rattled brain I knew I'd eventually be dry again, but it was pretty clearly I'd have to vibrate my way through at least high school.

My dad's idea of spraying me with water to make the ants stop eating me was a good one. Much less good was his idea of getting me to stop shaking by picking me up, depositing me on the seat of my bicycle, and then giving the bicycle a push. He must have thought that by steering and pedaling the bike I'd regain control of my body. And that plan might have worked, too, if only that hadn't been the third time I'd ever been on a bike.

I was freezing to death, sprouting welts, still being eaten by the many ants beneath my clothes that hadn't been washed away -- and was now also suddenly trying my damnedest not to crash my brand new bike.

“Nah, just some waif I found in the parking lot,” called my dad. He looked down at me. “Ya’ ready?” Before I had a chance to share with him some of my reflections on the matter, he picked me up -- and hey howdy I was hanging by my left wrist and ankle.

My dad swung me through the air away from the pool.

"One!" he said, and then I was over the pool -- but then flying fast back the other way.

"Two!" he said. There was the water again. I did not feel positively about the way things were developing.

“Three!” And there I was, airborne again.

I hit the shockingly cold water rear-end first, and immediately began sinking like the complete non-swimmer I was. Except for the one time on Mount Ant, I'd never sunk anywhere at all before. Staying had really always been more my style.

Through the water I saw that the roof of the pool room was mainly an opaque skylight. Its glowing creamy light looked like a window into heaven.

With my arms held out, I floated downward, away from the light. I closed my eyes. I waited for whatever was next.