How Much Do We Really Need People?

How Much Do We Really Need People? 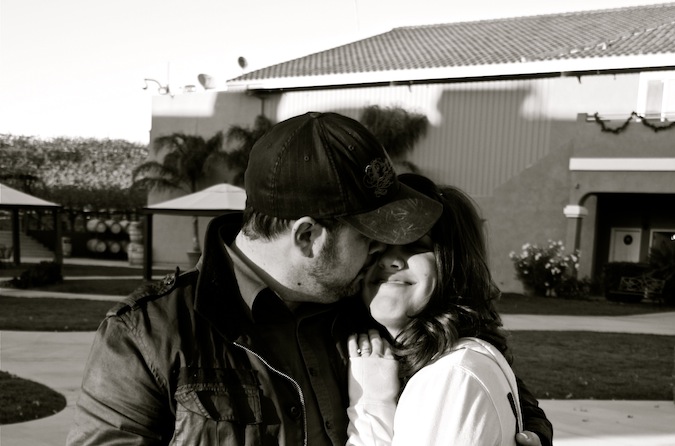 So Ty and I were driving the other day, a normal day, and admist our conversation he turned to me and said, “Babe, it wasn’t until I got married that I realized I don’t have all the answers.” To which I replied, “I am your Know-Not! I remind you how much you don’t know! I’m gonna blog about this.”

Of course when I said that I would blog about it, I meant no dishonor to my amazingly wonderful husband, he really is a smart man. But this concept is as true as the sky is blue. I've noticed when I begin to relate closely with other people, there are times when I realize there are things I've thought for years, or opinions I hold, that fall flat.

Let me give you two examples: Example number one -- I was raised with the notion that vacuuming, in place of sweeping, was an effective way to clean the house. You had less of a chance of spreading the dirt and could just suck it up. Plus with all the little fun gadgets (I may be the only one who thinks they are fun) you could get around the edges of things you wouldn’t be able to with a mere broom. And! When you sweep, you have to pick up everything you gathered. When you vacuum it all goes away.

However, Tyson did things in direct opposite. So when it came time to clean the house, my husband grabbed a broom and I hooked up the vacuum. “What are you doing?” I asked. “I’m cleaning. This way is much faster and less setup,” he replied. “Faster, maybe, but effective, not so much. There’s more steps to take.” (I shortened our conversation for the sake of your sanity because we went on for literally 20 minutes.) So who won the cleaning war, you ask? No one. Our house stayed un-swept and un-vacuumed. But it did get me thinking, "Maybe he’s right." Maybe it is faster and less work. Opinion compromised.

Example number two -- A lot of women, including myself, sometimes take pride in our stubbornness. Sometimes we equate stubbornness with strength. If we’re challenged or pushed, we stick to our guns. That makes us strong. I formed the first 19 years of my life on this concept. Violated as a child by someone who was supposed to love me, the course of my life had taken a naturally callused road.

The trick was, however, to not let anyone see that stubborn side. I had to obtain a sweet, simple, loving spirit so that people could not detect the hardening that was taking place in my heart. Did I love the Lord? With all my heart. Did I genuinely love people? Absolutely.  But did I allow true authentic closeness with anyone? Negative.

I once told a friend I was never going to need a guy. (Still example number two. Sorry.) I specifically remember telling this friend that it would be the first thing I would tell any guy I dated. “I don’t need you in my life. I am okay on my own.” Every guy's dream words right? Wrong. But, like a stubborn woman does, I stuck to my guns.

A couple months into the relationship (after the marriage talk had already confirmed our future together) I told Tyson those exact words. Thinking for sure he would run, or at least freak out, but he simply replied, “Are you sure?”

“Of course I’m sure,” I replied. “I think it’s silly and way too dependent for girls to feel they need a guy. Guys let you down and our dependence should be on the Lord only.” (A bit of my self-righteousness sneaking in there).

I’m sure even Ty would say that the words I was saying were true. Our hope and assurance should always be in God alone, but he knew that was not where this high horse was coming from. This was the man I was going to marry. I was going to vow to commit myself to him … forever. I was trusting that he was going to provide for me and our future family. I was trusting that he was going to love me, adore me, and care for me for the next 60+ years. And here I was telling him I did not need him. With all certainty and confidence, this was my opinion, my stance.

Then I got married.

Tommy Nelson, a pastor and one of the most engaging communicators I have ever heard, once said, “Marriage is like putting a revolver in the hands of your spouse, holding it up to your temple and trusting they won’t pull the trigger because they have character.” AH! How flooring is that? But it’s so true!! After hearing that message, my view of trust and need in my marriage is beginning to shift. I am seeing how much I need my husband in my life. How much God calls us to rely on one another. And this does not strictly apply to marriage.

We need relationships and friendships that will sharpen and grow us in our spiritual maturity. Beth Moore once said, “Thank God for the people who bring out the worst in you. They purge out the bad so that God can scrape it off.” Though we must not become exclusively dependent on another, we should look to each other for encouragement, accountability, and grace through this mist we call life.

So this is my challenge:

If you are married, tell your spouse how much you appreciate them.

If you are not married, tell a friend how much you appreciate them.

We need each other. And thanks, babe, for returning the favor and being my “Know-Not.”

Toddlers in the Age of Marriage

My First Day as a Pastor's Wife