Did God Forget Me?

Did God Forget Me? 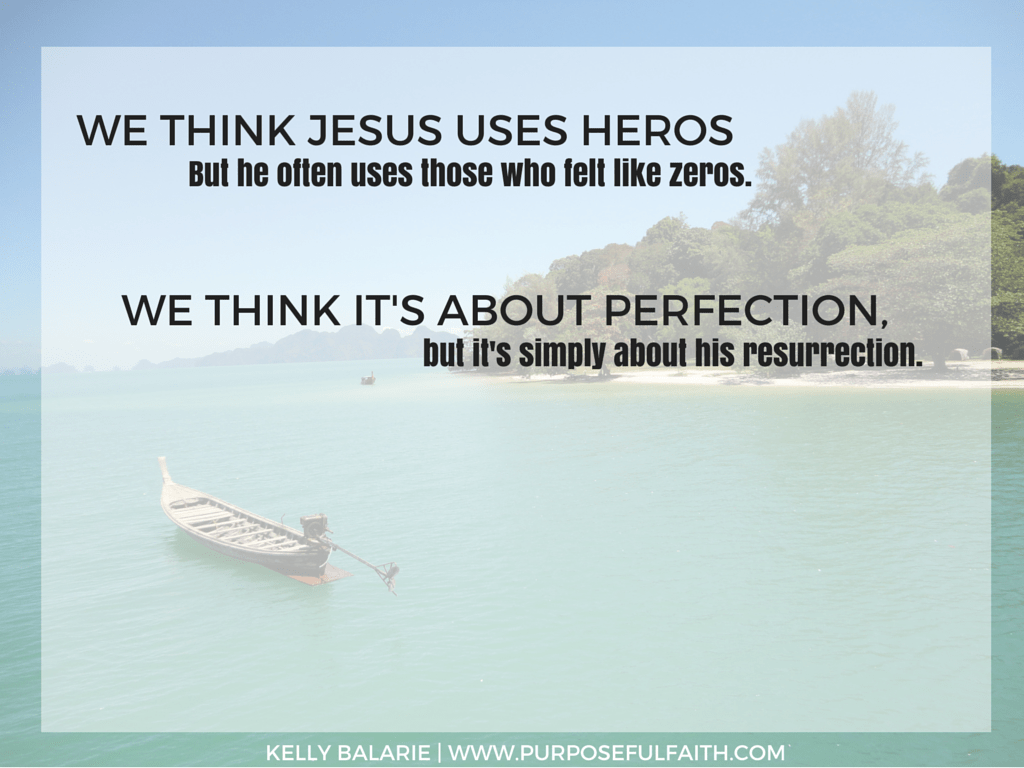 It's days like these that can really cause havoc...

Days where these kids head to time-out, over and over, despite the repeated talks on love.
Days when work doesn't work-out.
Days when the marriage just goes off kilter.
Days when friendships irk.
Days when finances continue to dwindle.
Days when God doesn't immediately show up. Days that can turn into weeks...

It's days like these when you wonder
why in the world things don't work better when you are working so hard?

It's days like these that compel your heart to want to give up, to run and hide.

Why is it that the train-wreck days sometimes
seem far easier to get over than these kind of slow-gnaw-type-of-days?

At least with the train-wreck days, you can clean up the toys at the end of the day and start over with a clean slate. You can file these days away in the "once-in-a-blue-moon" cabinet knowing they won't repeat too soon.

But, slow-gnaw days are called faith-busting day. Over time, they cut your faith away.

They make you question your worth, your heart, your value, your plans, and your God.

They make me lay in the bed, look up at the ceiling, and say, "Why do I even try, God. When are you coming through? What do I have to do?"

We tend to think that way, don't we?

That for some reason, we are responsible to fix the hand of God.

As if our actions are the precursor to his decisions.

Who owns the hand of God - HIM or me?

Might Peter thought, "I'd never! That day will never come! I am strong!" Likely.

But he did - 3 times he did. And he wept. Beyond that, I imagine the next days must have been excruciating as he, probably left in discouragement and despair, saw his savior crucified, dead and buried.

What happened to his purpose?

What use was his life, after in Jesus, he practically twisted the knife?

Peter's actions must have gnawed worthlessness, pain and struggle.

But, Jesus never leaves the failures, the forgotten or the futureless.

Peter's inability to stick it through in the moment didn't disqualify him from Jesus' love, neither did his past actions.

How often do we arm ourself up with faith like Jesus did for Peter? His prayer was answered.

How often do we pray preemptively for war? We are at war.

I can only speak for myself, but with faith like mine,
I should make this prayer my living-mantra.

Because it worked for Peter who:

We think Jesus uses heroes, he often used the ones who felt like zeros.

We think it's about perfection, but it's simply about his resurrection.

We think Jesus looks for the perfect, but he always finds the willing.

We try to be faultless, but God grows the repentant faulted.

Peter was never disqualified because he doubted.

His days were never marked as fake and tossed out like bad meat
(we read his lessons time and time again).

He wasn't left in the dust without a purpose or a cause.

He hit gnawing days, battling days and downright discouraging days, yet Jesus chose him, ate with him, replenished his heart and restored his mission so he could go awesome, outstanding and amazing distances for God's glory.

He waits to do the same with us; Jesus waits to recharge us into his purpose.

What is really amazing is, after all was said and done, Peter, wasn't just changed for himself, so he could reach some high-and-lofty goal like sitting at the right hand of God, or going before God, or looking good to man, but he was changed to one who learned to deny self (no matter the cost).

He became chief-tender over Jesus' greatest love - the sheep, just as Jesus always believed he would.

Jesus said to Peter (pre-denial), "And when you have turned back, strengthen your brothers." Luke 22:32

Get all Purposeful Faith blog posts by email - click here.