Meet the Press: Interviews with The Voyage of the Dawn Treader Cast

Meet the Press: Interviews with The Voyage of the Dawn Treader Cast

What's a day like at an international film press junket in London, England?  In the case of The Voyage the Dawn Treader, it was nothing short of magical and adventurous!

Afterward, press split up for one-on-one interviews with various cast members.  I spent time talking with Michael Apted, Georgie Henley and Will Poulter and will share more about that next week when I post my full report (stay tuned for that).  But in the meantime, I'll share some choice quotes with you from today's press conference … 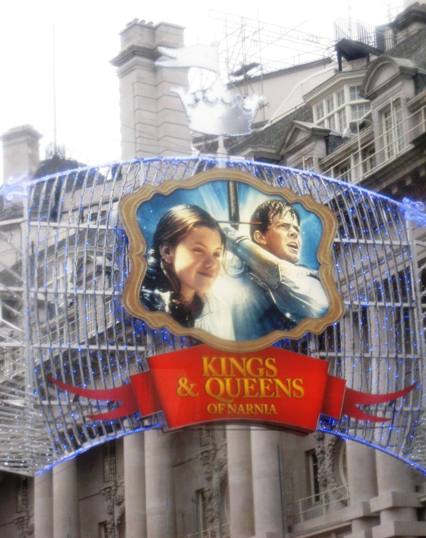 Georgie Henley … when asked if it was hard to say goodbye to Aslan at the end of The Voyage of the Dawn Treader:

Definitely.  I mean it was really great to be kind of working with Liam [Neeson] but also not with Liam, if you know what I mean.  I kind of had a lot of experience listening to his voice which was in the first and second films, but it was definitely a really emotional moment.  And I'm really glad that it kind of comes alive in the film and it's definitely a tearjerker, I think, for the audience.

Michael Apted … when asked about shooting the final beach scene:

We were on this massive beach.  There were four of them.  There was someone with a little head of Aslan.  There was someone holding an image of Reepicheep, and we had to keep moving around because the sun kept moving around.  And it was totally surreal.  I don't know how they pulled the CGI off, because there was nothing there except for a lot of beach and sometimes a lot of wind.  And everyone nearly got blown off the first morning.  It was one of the oddest experiences I'd ever had in my years of filmmaking to shoot this six or seven page scene with just nothing but the big empty beach.

Liam Neeson … on C.S. Lewis and The Chronicles of Narnia:

Well, I certainly know that C.S. Lewis, who wrote the books, was a very famous atheist who then became a very famous convert to Christianity.  I've read quite a lot of his books other than The Chronicles of Narnia.

Skandar Keynes … on his break from acting and his current classes in Arabic studies at Cambridge:

I am starting my first term at university, and I'm enjoying that.  And I'm doing a four-year course, and I know a lot can change in four years.  So we'll see how I feel at the end of it.  I'm really enjoying not having any sort of thing to plan right now.

Will Poulter … on who inspired his portrayal of the Pevensie's annoying cousin Eustace:

I hope there's not too much of the character in me, but hopefully I got a lot of help from [Michael Apted] in particular.  Working with someone so experienced was a huge honor—I think for anyone at any stage in their career and at any age.  For me, Georgie and Skandar in particular to work with him is a real, real privilege.  But that was a huge help to me.  But really the book is such a huge resource.  And the character's there and the character was on the page and was in the script as well.  We talked about making it comical, and Michael thought I was an idiot anyway [chuckles], so it was a lot easier than it looked. … And we've got C.S. Lewis to thank for most of it. 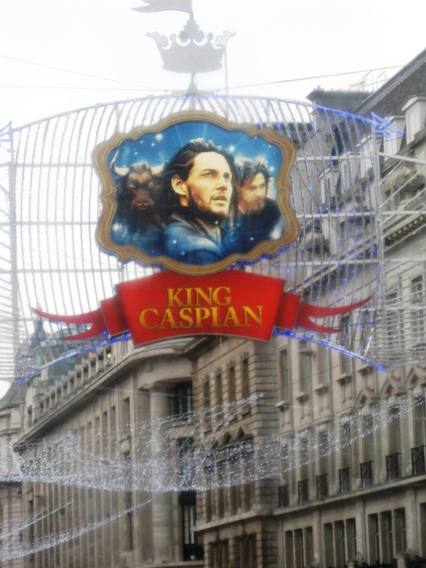 Ben Barnes … on how he felt about King Caspian's character being more positive in this film without any real dark side:

I read these stories when I was eight, and I watched the BBC series of it and Sam West was playing King Caspian and I thought he was amazing.  They have a lot of beautiful messages to them, these films, about growing up and I think Prince Caspian does a lot of his growing up in the last film.  In this one, he's more of a man, more comfortable in his own skin.  So it was a simpler task for me in a lot of ways in this film.  And he's made interesting with the chip on his shoulder about not having a strong male figure in his life.  But I can play villains and creeps in other things.  It's nice to play virtuous.

And lastly, a fun question was asked to all of the cast members that added a bit of levity to the press conference: 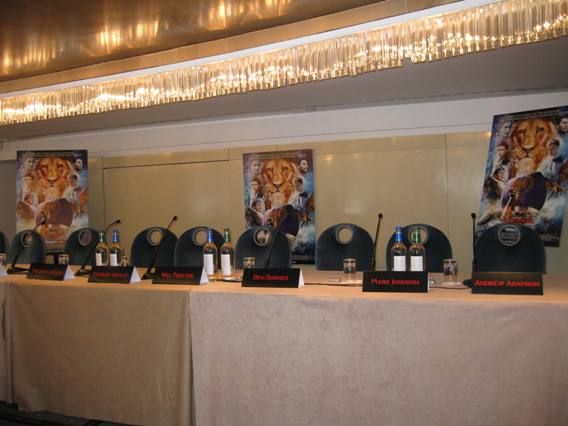 What's the best prop or souvenir or memento that you've been able to take away from a Narnia film set or what would you like to take away at some point?

Ben Barnes:  I asked for a copy of the sword to be made of the one that I use in this film with Aslan's head on the handle.  So I have that in my bedroom to ward off.  And then I asked if I could keep Will, but …

Will Poulter:  I asked if I could keep Ben, but his agent told me to go away.

Georgie Henley:  At the first premiere, we were given replicas of our weapons that we received.  [Skandar] got his sword, and I got my dagger and cordial.  So that was lovely.  I'd actually like to take home the sword that I used in this film as well.  I went through quite a lot of things with that little sword.

To learn more about The Voyage of the Dawn Treader or C.S. Lewis, to watch the trailer or to read reviews of earlier Narnia films—including The Lion, the Witch and the Wardrobe or Prince Caspian—please visit Crosswalk's special Narnia Channel.