Do NOT Give Up

Do NOT Give Up 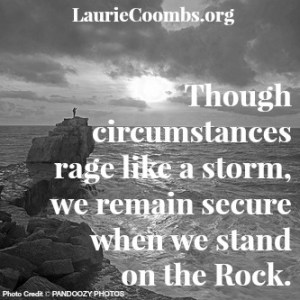 Have you ever had a moment (or many) when you wonder whether or not God will deliver what you believe He’s promised?

But nothing has happened. We’re still waiting.

Travis and I began our adoption with nothing but faith, a desire for more children, and confidence in God’s call to adopt. With no money saved and little to devote to such an endeavor, we took the leap, believing God would provide for what He was calling us to do. And He has. Time and time again, provision has come in one form or another usually at the very hour we needed it. This may be too much information to share, but we’re over $20,000 in, yet we carry no debt as a result of our adoption.

One thing I can never call into question––God is good.

Our adoption has been quite a process. It’s been three and a half years since we first took that leap and followed God’s call to Ethiopia, and at this point, it doesn’t seem like our wait will ever end. It’s a struggle––one that my entire family is going through. Each of us, in turn, have had our moments of great faith and our moments of despair, including our children. There are times I am able to rest completely in trust that God will bring us our baby(ies), and there are times of doubt––times that I cry out to our God and ask if we’re just fooling ourselves, if we’ve somehow misread His will.

Our adoption was supposed to take one to two years. This is what we signed up for––not this epic wait that never seems to end. About six months into our adoption, the adoption climate in Ethiopia took a drastic turn as Ethiopian officials began to crack down on the corrupt practices at work within their adoption system. This was a good thing, in our estimation. Travis and I were glad to see the country step up to see to the welfare of its children and birth families. Neither one of us is interested in receiving our child(ren) through corruption, but instead, we seek to adopt one (or two) of the over 4 million legitimate orphans within the country.

When the government announced its plan to crack down on corruption, no one knew the impact it would have on adoption. Some thought the country might close international adoption altogether, while others predicted these changes would simply result in the processing of fewer adoptions. But in any case, the news was not good for our family. Hundreds of families would need to bring their children home before we would (as we had really just begun), and so we began to question whether or not we were on the right path.

We felt God lead us to Ethiopia, we felt Him tell us this is where your children are, but now, we appeared to have hit a significant roadblock.

Is it all over? We thought. What do we do?

Both Travis and I were extremely discouraged. To me, it felt as if I were having a miscarriage, and I began to mourn the loss of these children I had yet to see, or hold, or know. But they were mine. In my heart, they were mine. Created for me to love and raise as my own.

I sat down and began to fold laundry, while my two girls took a nap. We had just heard the news, and my heart ached with loss. Wanting desperately to hear a word from God, I listened to the next sermon in a long series I had been listening to as I folded. The pastor began by shouting, “Do not give up!” Tears stung my eyes, and I sat motionless. The pastor continued, “Just because something’s hard. Just because you’ve come to an obstacle on your path does not mean you’re on the wrong path. Everything God calls us to is difficult. Keep going.”

In a not-so-subtle way, God told us to press on.

Two and a half years followed. Two and a half years of waiting patiently (and sometimes not so patiently) for God to bring our baby(ies) home. Each night, we prayed for them. Each night between then and now, Travis and I listened as our little girls begged God to, “Bring our babies home soon!” I prayed, not unlike Hannah, for God to grant us our petition. To bring us our children.

But adoption in Ethiopia remained slow. After this initial setback, the reforms seemed to have curbed the corruption, and for a long time everything seemed to be going well (though very slowly). We certainly had not reached our destination when we had intended, but we figured God had a plan, so we settled in.

But recently, we’ve hit yet another significant roadblock.

Two days after this last Christmas, we received an email from our adoption agency telling us that certain high-ranking Ethiopian politicians were urging the government to close down adoption altogether. On Christmas, however––only two days before––I sat next to our tree Christmas morning, after the girls had torn through all the wrapping paper and wept as Travis revealed to me that he had received an unexpected bonus. A bonus large enough to pay for our next homestudy ($1200!) with enough left over for Travis to buy a couple unexpected Christmas gifts. Once again, God had provided for our adoption.

But two days later, our adoption once again seemed to be slipping through our fingers like sand, while Travis and I desperately tried to hold on to it.

We questioned what we were to do. Should we move forward in trust, paying the $1,200 to keep us in the game, or should we quit? Nothing inside of us wanted to quit, but $1200 is quite a bit of money––money that would simply go down the drain if Ethiopia closed, and at this point, it’s closure could happen any day.

But as I listened to yet another sermon on podcast, the pastor preached the same message I had heard three years prior, “Do not quit!” I’m not kidding you. I heard the same exact words as I had the first time we hit that roadblock through a different pastor within days of hearing this news. According to conventional wisdom, now would be a good time to quit. To simply cut our losses and say we gave it our best try.

But neither Travis nor I can quit. God is clearly telling us to press on. And so we are. We wrote that check, met with our social worker, and committed to seeing this road to the end.

I don’t know what’s in store for us. Other families adopting from Ethiopia are jumping ship in droves, and I don’t blame them. It doesn’t look good. Currently, it seems the country might not close, but adoption in Ethiopia has all but stopped. There are still some children coming to their forever families, but not many. Because of this, it would be so easy to abandon this endeavor, but we can’t. This is not what God is calling us to.

Our journey to bring our children home has been anything but smooth sailing. It seems we’re more like a ship at sea during a storm, fighting the waves toward our final destination than a ship sailing calm waters. But I believe God will bring us to the shore. I’m not going to lie to you. I have moments of doubt. I question whether or not we’ll ever get there, but here’s the thing––I know God is telling us, “Do not give up!” And so, Travis and I are choosing to press on. To fight through this storm until one of two things happen. Either we come to see our endeavor come to fruition and are finally able to bring our children home. Or we come, not to a mere roadblock, but a dead end. To us, a dead end is closure. Ethiopia is going to have to close for us to stop fighting.

And so, this is where we stand. At times, it feels like we’re standing on shifting sand. But in all actuality, it’s not sand we stand on, but a rock. The Rock. And when we stand on the Rock, though the world and our circumstances rage around us in the troughs of a storm, we remain secure.