5 Ways to Help the Unemployed in Your Church

5 Ways to Help the Unemployed in Your Church 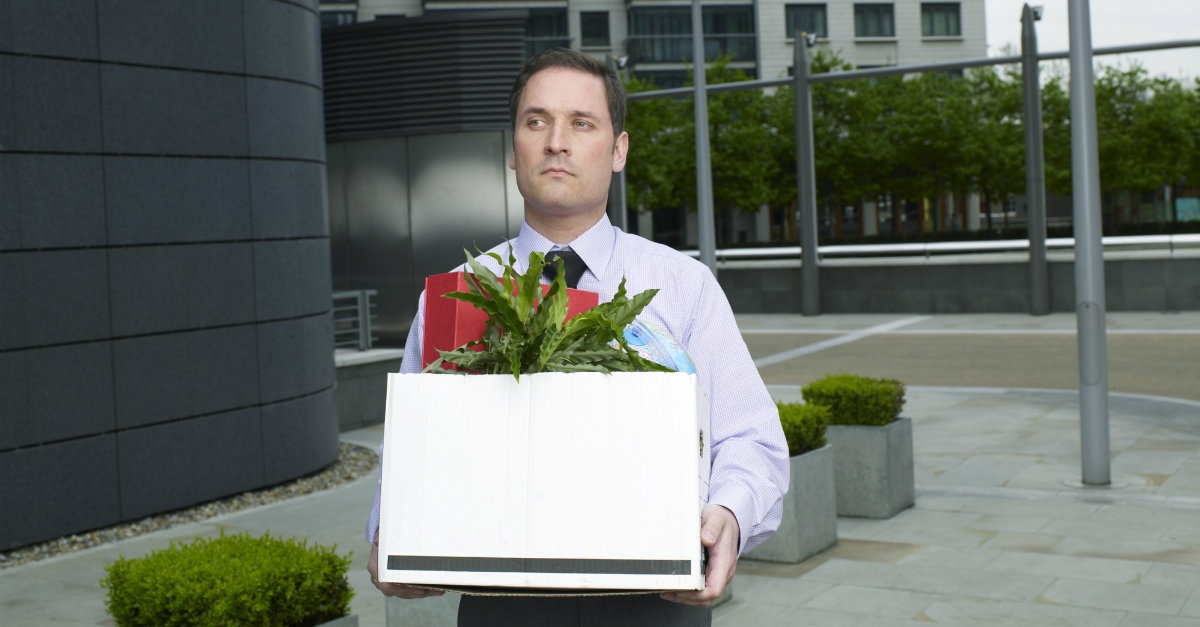 In my early twenties, I was without a job for a few months, and was shaken by that. Up until then, I had worked every day since I was fifteen, and had always thought of myself as an “overachiever.” Here I was, newly married and a seminary student, with no work. Every month, until I was back on my feet, a check would arrive from my home church, from an anonymous donor, sending me money. I later found out who the checks came from–an older couple I had known all my life. They never said a word. The checks were, for me, about more than making ends meet. They were a sign that someone believed in me; someone thought I had a future, and they were just holding the rope for me until then.

I thought about those checks when I read an article in the Wall Street Journal about the shocking numbers of unemployed men, greater by some estimates than even during the Depression. It occurred to me how my little time of unemployment had been so trivial in comparison. My wife had a job. We did not yet have children to support. I was young, and able to bounce back quickly. How different the situation would have been had I been unemployed at middle age, with no prospects ahead and a mortgage to pay? More importantly, would I have had the same community around me, to quietly help me and to cheer me on?

With rates of male unemployment the way they are, your church has a spoken or unspoken specter over the men in your congregation and your community. Some are without jobs. Some have jobs, but are insecure in them, fearful of losing those jobs in the next round of layoffs. Here are some suggestions for serving these men, and their families.

Acknowledge Unemployment. Sometimes pastors and teachers and leaders underestimate the signals sent in our illustrations and applications. When we apply the Christian vision to the workplace, or give illustrations about how to live out the Christian life in our work, we are often careful to speak of a range of vocations—from the most modest service job to the most exalted profession. We often don’t speak of those who are unemployed, or whose employment is insecure. Take this into account, and speak directly to those who have lost their jobs, or who fear they may very soon. This doesn’t “solve” the problem, but it communicates that this is a burden for the whole Body to bear together.

Deal with Identity. Unemployment hurts everyone—men and women alike. Men in our culture sometimes face this in unique ways. Men often tie their entire identities to their jobs. Some of this is part of the creation design. God creates humanity—male and female—in his image, and immediately speaks of their cultivating the world around them (Gen. 1:27). The man’s very name is tied to the ground—his source of origin and the vocation he is called to till. And much of it is rooted in cultural expectation. Today we ask both boys and girls, “What do you want to be when you grow up?” But boys have been asked this for generations. Often a man who is unemployed feels not only economic stress but a sense of confusion about who he even is. That’s especially true if he’s spent most of his life seeing himself as “John the Plumber” or “Eric the Store Manager or “Dwight the Paper Salesman.”

Many of us are driven to our work out of a desire for an approval, a word from a parent that says “I am proud of you.” Many never hear that, and clamor for it all their lives without knowing it. The gospel addresses that identity crisis, and we must constantly remind ourselves of this. If we are in Christ, then our identity is seated with Christ in the heavenly places (Eph 2:6). God is pleased with Jesus. He announces that at Jesus’ baptism—before his ministry begins. Jesus works, and this work is patterned after his Father’s (Jn. 10:37). But Jesus’ work flows from his identity, not the other way around. And so must ours.

Equip Men—and Women—for Spiritual Warfare. Unemployment can sometimes bring a sustained time of temptation. The crisis itself does not create this temptation, but it can highlight points of vulnerability. A man who sees his masculinity tied up with his paycheck or his work title may find, when it’s gone, that he seeks to find masculinity in other places. He may be tempted toward pornography or an affair that might promise the illusion of his carefree youth. He might be given over to despair, and retreat into a dark place in isolation. In our teaching and preaching and ministry, we must speak to him, to tell him we will have resources available for this fight. We must speak also to the wives of unemployed men, who often are suddenly shouldering a burden for the family that can be terrifying when it is sudden and unexpected.

Provide Economic Support. The New Testament gives us different ways to respond to economic crisis among the people of God (see Paul’s directions for the younger and older widows). But the Bible never allows us to close our eyes to those who are suffering economically. In some cases, that means direct help. Maybe your church puts together people with means who can short-term help bear the grocery or car payment of a family suddenly in unemployment. Often the solution is more in terms of putting people with resources that are not necessarily monetary. Some churches have those with jobs in newer, emerging fields to provide tips for job training or job searching for those in industries that are sick or dying. In most cases, the most important thing here is putting people together. When people know the burdens faced by their brothers and sisters, they are better able to show hospitality and mercy.

Open Up Opportunities for Ministry. Sometimes unemployment is a pivotal time for unexpected growth. A person may realize that he has gifts or callings he never knew he had, or never felt the freedom to explore. Our message to those facing unemployment is that the lack of a job need not mean idleness. Think through ways that those facing unemployment may be able to serve the rest of the body in ways you hadn’t seen before. Maybe the laid-off mechanic really needs to be put to work in leading your ministry to single mothers without reliable transportation. Even if you don’t know where the various gifts and needs are, keep the focus on the fact that the unemployed—as are all parts of the body—are needed. One does not need a job to be needed to lead and serve.

The anonymous couple who helped me through my time without a job didn’t stay anonymous to me for long, and they were never anonymous to God. The man died a few years ago of cancer, and the woman has been battling Alzheimer’s disease for several years. I saw her not long ago at a funeral. She had trouble remembering names, but she recognized me and came up and kissed me on the cheek. I immediately thought of how she and her husband came to my rescue years before. And I thought of how those checks were about more than getting us by. They were signs of hope, and signs that I had a family watching out for me, a family that loved me so much they didn’t even want me to know who they were, so that I wouldn’t feel indebted to them. But I was—and am—indebted to them. As I walked away from her, I realized that she probably doesn’t even remember sending me that help. But I do.