Does it Violate Religious Liberty to Close Churches over Coronavirus?

Does it Violate Religious Liberty to Close Churches over Coronavirus? 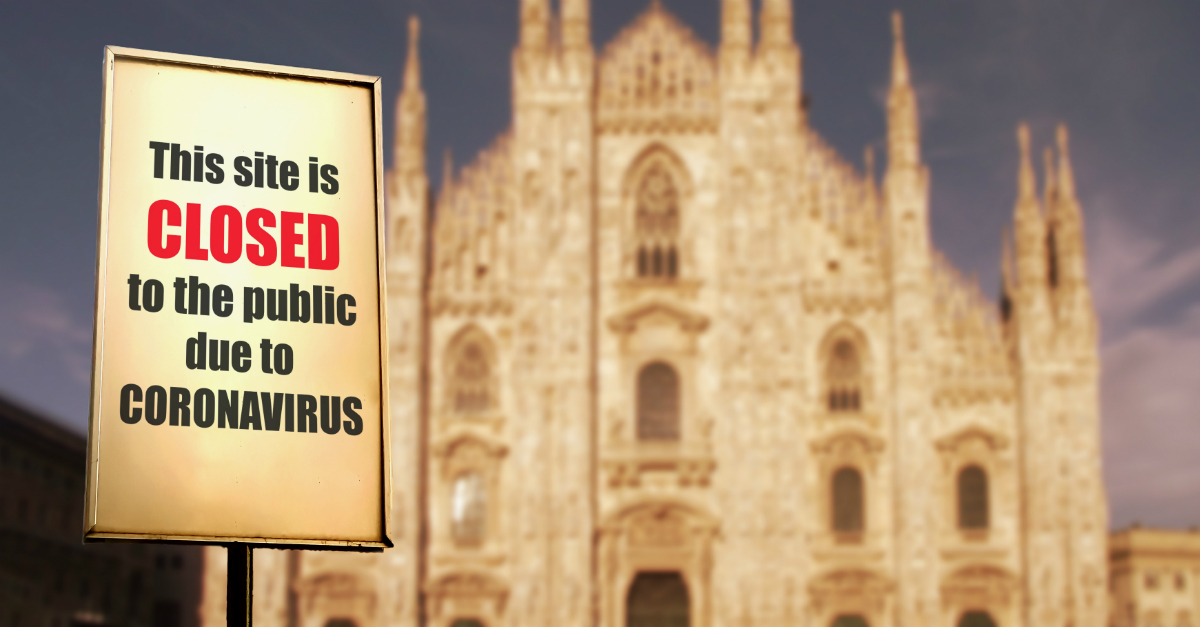 As the entire world faces the COVID-19 pandemic crisis, states and municipalities are working to contain the virus, as best as possible, by discouraging (and otherwise doing everything to stop) gatherings of people.

President Trump’s Coronavirus Task Force guidance recommended no more than ten people getting together for at least the next eight weeks.

In the days to come, it is possible that the government will act even more drastically. As most churches are now not gathering on Sundays for the time being, some are asking if these sorts of health mandates are a violation of religious liberty.

The Short Answer is No

Before I explain why, let me note that the question is a reasonable one. After all, we maintain that no government is lord of the church–our only Head is Jesus Christ. And there would be many circumstances in which a government illegitimately could use powers to keep churches from gathering. That said, nothing that is happening right now related to this crisis is, in my view, a violation of religious liberty or the separation of the church from the state.

Our commitment to religious liberty is grounded in what Jesus taught us—that the spheres of the church and the state are different, and the one should not have authority over the other. The state has the “power of the sword,” for instance, to punish criminals and to maintain civic order (Rom. 13:1-7), while the church does not (1 Cor. 5:9-12). The church has the authority to proclaim the gospel and to define the boundaries of the fellowship within that gospel, the state does not.

The current situation facing us is not a case of the state overstepping its bounds, but rather seeking to carry out its legitimate God-given authority. Nowhere, at this point, have we seen churches targeted because of their beliefs or mission.

At issue is a clear public objective—stopping the transmission of a dangerous virus by gatherings. This applies to the local plate jugglers association just as much to churches. Because the state must respect the consciences and souls of the people, consciences and souls over which it has no ultimate authority, any action involving religious bodies should have, in the words of the Religious Freedom Restoration Act of 1993, a “compelling state interest” and must pursue the “least restrictive means” of achieving it.

In my view, both of these tests have been met, in every case I have seen.

This is an area—the protection of public health—where the state has not just a legal authority but an authority granted by God himself. The state could not, for instance, decline to prosecute a murder because the shooting happened during a church service. And the church could not claim that religious liberty is violated because the state would not allow them to shelter from accountability the shooter.

Someone could not claim a religious liberty to embezzle just because the embezzling is happening during the church offertory. The same principle is at work here. Governments are seeking to limit gatherings of people. That is a legitimate public interest, and the government is seeking to do so in the least intrusive way possible.

So far. Everything here refers to actions taken so far.

The situation will almost inevitably lead to even stronger and less voluntary government actions. Could these encroach on religious liberty? That is certainly possible, but not necessarily. To prevent that, we will need more secular leaders to think carefully about why religion is important and more religious leaders to be thinking through the complexities of public health.

If we remain on the same ‘team’ when it comes to overcoming this crisis, we can avoid overreach on one side or paranoia on the other. And that’s what we will need.

Along with “Any order should include the maximum recognition of the need for clergy and other religious workers to carry out necessary ministry,” health care workers are in the same category. Such ministry is necessary.

A nursing home patient who is in peril needs a doctor to care for her physically, but also should be allowed to have a pastor pray for her, her priest administer last rites, or whatever the equivalent would be in her religion. We can make such exceptions without creating jeopardy to lives, just as we have in every other time in human history from the Black Plague to the 1918 influenza crisis.

A Pause on Church Gatherings Is Compassionate

Most churches that I know are completely in sync with the rest of society on this. They are voluntarily restricting their gatherings until the crisis is passed because they care about their members, and about non-members in their communities. In the vast majority of places, churches and governments are working in common purpose, and that’s good.

After this crisis is over, we will have learned much about the fragility of life, and about our need for one another. The church will be called to bear the burdens of our neighbors as never before. There will be no shortage of debates over all sorts of religious liberty questions, as there were before.

But, in the meantime, concern for public health is not a violation of religious liberty.

Let’s not only obey the laws of our states and cities, let’s seek to do even more than asked in order to shoulder our responsibilities. Let’s wash our hands, stay as far apart as necessary, pray for our medical personnel and our leaders, and let’s pray, like never before.

In so doing, we render what is due both to God and to Caesar. And that’s a good start.