It is not what a man does that determines whether his work is sacred or secular, it is why he does it. – A.W. Tozer

When I said earlier that the era of God’s magnificent, direct calling of people into ministry changed with the coming of Jesus, and then shifted once again when Jesus ascended to heaven, some of you were left wondering, Then what about Paul?

Saul, later called Paul, does have a magnificent story – complete with blinding light and the voice of Jesus giving Saul a clear directive from heaven, “Now get up and go … you will be told what you must do” - (Acts 9:6).

So perhaps you’re wondering how “people inviting people into ministry” measures up against Saul’s magnificent call.

Saul’s men took him by the hands and led him to Damascus. Meanwhile, in Damascus, there lived a disciple named Ananias. The Lord called to Ananias, “Go …and ask for a man from Tarsus named Saul” - (Acts 9:11).

Saul had a reputation and Ananias knew it. But the Lord explained to Ananias the instrument Saul would become for the sake of the Gospel.

Then Ananias went to the house and entered it. Placing his hands on Saul, he said, “Brother Saul, the Lord – Jesus, who appeared to you on the road as you were coming here – has sent me so that you may see again and be filled with the Holy Spirit.” - (Acts 9:17)

Ananias’ presence and words must have reassured Saul that this was real.

Later on in his ministry, Saul does some inviting of his own. Mark, Timothy, Priscilla, and Aquila all joined him in his missions. Think about it: At some point Saul knocked on their door and invited them to join him in ministry!

Before examining the book of Acts, I believed that invitations into ministry came from the helpless as they asked for help – but that’s not what Scripture shows us. Instead, we see people invited into ministry by leaders they respect.

So, how do we know what Jesus has for us individually?

Evidently, He will invite us through the invitation of a leader or mentor.

Lord, You creatively pursue me even when I’m headed in the wrong direction, and it’s such grace. Open my ears to Your invitation to turn around. Like Ananias, You invite me to be a part of Your pursuit of others. Give me the courage to accept and invite. Amen. 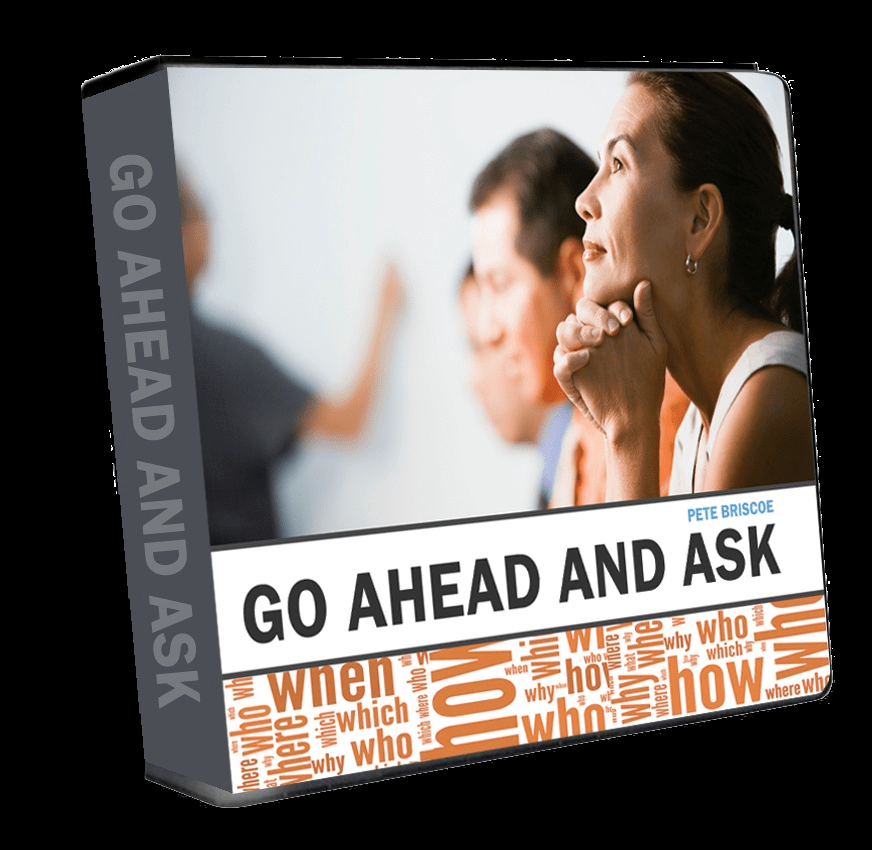 Pete’s Go Ahead and Ask CD and DVD series

Get real answers to your toughest questions! Pete Briscoe’s 7-message Go Ahead and Ask CD and DVD series gives you the confidence you need to ask the burning questions that Christ is eager to answer. Request your copy today!