Who was St. Valentine?

Saint Valentine, officially Saint Valentine of Rome, is a widely recognized 3rd-century Roman saint commemorated on February 14 and since the High Middle Ages is associated with a tradition of courtly love.

All that is reliably known of the saint commemorated on February 14 is his name and that he was martyred and buried at a cemetery north of Rome on that day.  It is uncertain whether Saint Valentine was one individual or a pseudonym for several. 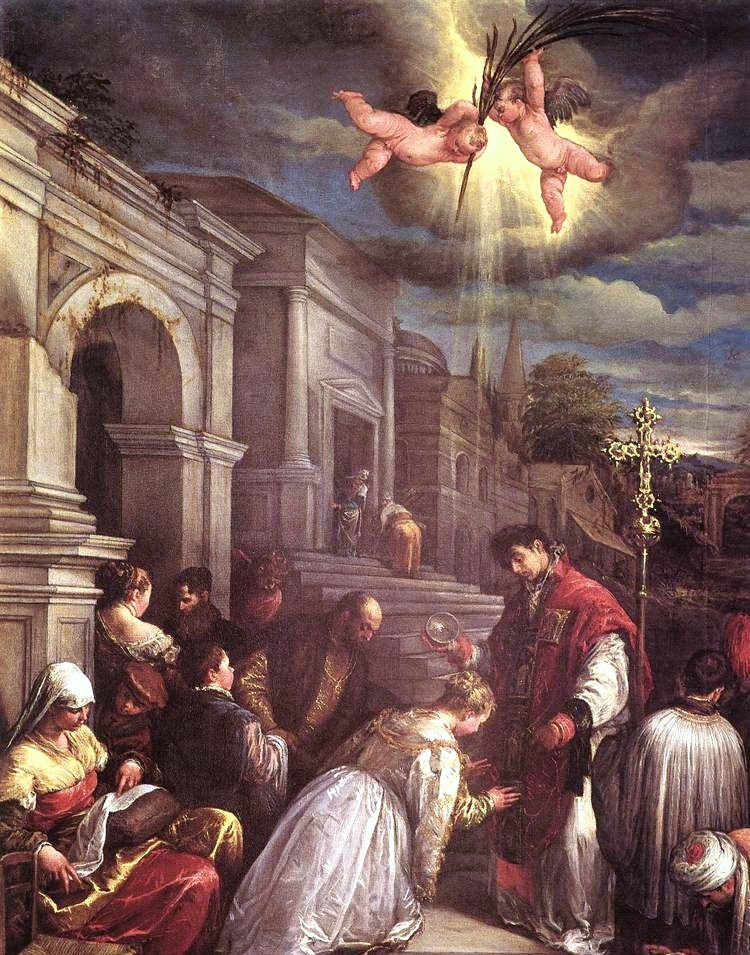 Today we exchange cards expressing love or appreciation for one another. According to tradition, on this day, February 14, 269, a young man named Valentine was executed in Rome for his faith. But what does our exchange of sentimental cards have to do with a third-century martyr?

Actually, the connection is not at all clear. Valentine was martyred the day before the pagan festival to the goddess Februata Juno at which boys drew girls' names for acts of sexual promiscuity. Were legends about the martyr's death modified to replace the heathen custom? No one knows for sure. In fact, there may have been two or even three martyrs named Valentine who died in different parts of the empire at about the same time. We know little or nothing about any of them.

Take the Roman Valentine as an example. A city gate on the Flaminian Way and a chapel near it were named for him. Several ancient Christian writers mention his name. There is no doubt he lived and was tortured before being beaten with clubs and beheaded. And yet we have no sure account of why.

The Many Legends of Valentine

Some say this Valentine was a young man with a tender heart who aided Christians who were undergoing martyrdom. He was not even a Christian at the time. Arrested for his activities, he converted to faith while in prison and would not renounce it. Knowing he was going to die, he wrote letters to his friends saying "Remember your Valentine."

Another legend says that the Roman Valentine was a priest who defied the Emperor Claudius's temporary order and secretly married couples so the husbands wouldn't have to go to war. Claudius desperately needed more soldiers and did not appreciate this interference.

A third legend says the Roman Valentine was a priest who refused to sacrifice to pagan gods. Imprisoned for this, he gave testimony in prison and through his prayers, the jailer's daughter was healed. On the day of his execution, he left her a note signed "Your Valentine."

During the Middle Ages, it was popularly believed birds paired in mid-February. This also reaffirmed the association of romantic love with Valentine's name. Whatever the truth behind the legends, St. Valentine's day has become a day we connect with romance and friendship.

St. Valentine of Rome from 2014grr on GodTube.

Recently On The Latest