New book on God and Hillary: A Spiritual Life 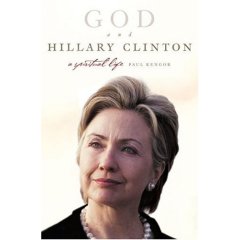 My friend and colleague at Grove City College, Paul Kengor, has released another book about the religious views of a public figure - this time Hillary Clinton. When asked why Hillary, he replied: “Because I’m interested in the faith of public figures—in their religious upbringing, their spiritual journey, and how their faith affects their public life and the policies they advocate, for better or worse, and whether I agree or disagree with their politics.” Just reading through the press information on the book, I anticipate an interesting read. Here are some things one will explore in the new book:

Mrs. Clinton will make a bid for values voters in this election. Those giving Mrs. Clinton a second look should give this book a look first.