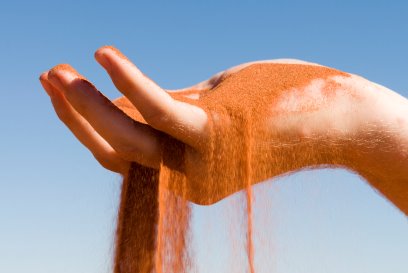 “Simon, Simon, Satan has asked to sift you as wheat. But I have prayed for you, Simon, that your faith may not fail. And when you have turned back, strengthen your brothers” (Luke 22:31-32).

These words must have seemed strange to Peter, coming as it were out of the blue. It has been well remarked that Peter in many ways is the most human of all the disciples. He constantly gets in trouble because he blurts out the stuff everyone else is thinking but doesn’t have the guts to say. He is the man with the foot-shaped mouth, constantly promising more than he can deliver.

This night is no exception. When he hears these words of Jesus, he knows without being told that they contain a great rebuke – a prediction of personal failure that must have seemed impossible. But Peter is nothing if not brave at heart, so he replies foolishly but honestly, “Lord, I am ready to go with you to prison and to death” (Luke 22:33). He did not know that years later he would keep that promise. But not that night. As he uttered those words, his moment of greatest personal failure – the blot that 2000 years cannot remove from his record – his threefold denial of Christ was less that five hours away.

I notice two encouraging facts about the way Jesus treated Peter: 1) He never criticized him and 2) He never gave up on him. Jesus knew about Peter’s denial long before it happened. He knew what Peter would do, he knew how he would react, and he knew the kind of man Peter would be afterward. That’s why he said, “When you have turned back.” Not if … but when! He knew that Peter’s heart was good, he knew after his terrible sin he would return to the Lord. Isn’t that wonderful? Jesus has more faith in Peter than Peter has in Jesus. He knew that Peter had important work to do—“Strengthen your brothers”—but it couldn’t happen without his fall and his restoration to the Lord. It had to happen that way or else Peter would never be fully effective for Christ.

The same thing is true of our failures. God can touch our broken places and make us stronger than we were before. Though we fall and fall and fall, and though our faces are covered with the muck and grime of bitter defeat, by God’s grace we can rise from the field of defeat to march on to new victory.

We thank you, Lord Jesus, that the devil cannot touch us without your permission. We thank you for the siftings of life that remove the chaff so that we may learn to depend wholly upon you. Amen.


You can reach the author at ray@keepbelieving.com. Click here to sign up for the free weekly email sermon.