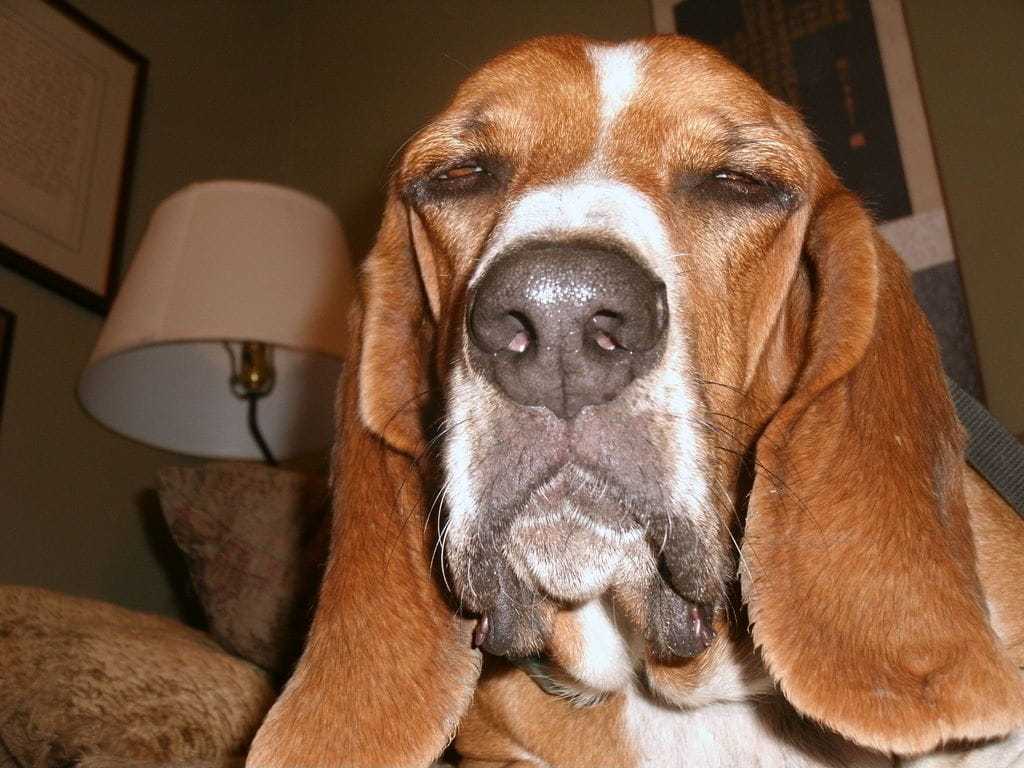 "Like grabbing a dog by the ears, so is a bystander who gets involved in someone else’s quarrel" (Proverbs 26:17).

Sometimes it’s better not to get involved.

A while back someone wanted me to get involved in something (how’s that for a general statement?) that I just didn’t want to bother with. I did have some opinions in the matter, but when I thought about it at some length, I realized it didn’t really involve me one way or the other.

So I asked a pastor friend of mine, a man of homespun wisdom, what he thought I should do. His answer was quick and to the point:

“Don’t grab that barking dog by the ears as he comes running by.”

We can all see the wisdom in that, especially if we have any experience with dogs.

Dogs bark.
That’s what they do.

When you see a barking dog running nearby, best to leave him alone. If you grab him by the ears, he’s likely to turn on you.

The picture above is of our fine basset hound Gary who I assure you does bark and run, and when he does, his ears flap in the wind. He wouldn’t be happy if I grabbed his ears while he was running and barking.

Some things are best left alone, especially those things that don’t involve you directly. I know that sometimes we have to get involved. In those cases, you do what you have to do and say what you have to say.

But in most cases, my friend’s advice holds true. Let the dogs run and bark and pay them no mind. Grabbing their ears generally won’t help and it might get you in real trouble.