The Window of Adultery 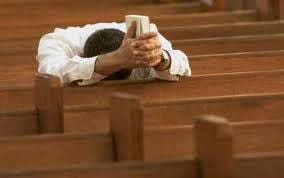 Adultery? Are you kidding me? What a time for the worship leader to betray his God, his family, and his church! The triumphal entry donkey was already booked, Jesus’ beard had been yanked from the costume closet and carefully combed. The choir knew their parts by heart, and Judas had his gritty solo down cold. I played Mary that year, unaware that following Jesus’ donkey into Jerusalem involved toting a pooper-scooper to protect the church carpet. In the midst of our final preparations, the awful truth emerged. When God is moving like crazy, Satan gets busy.

Shocker. Our talented, charismatic worship pastor was having a sordid affair with one of his pretty counselees in the confines of his office. The young lady involved was a new believer whom he baptized only months before. Here’s another low blow ... a dear colleague, pastor of a fast-growing church across town, one-upped our guy by having multiple affairs in his office while his church-secretary wife answered typed the bulletin just outside his door. Scandal rocked both of our congregations.

The joyous celebration of our upcoming pageant turned into a nightmare of pain and betrayal right before our eyes. I accompanied the poor music pastor’s wife to my husband’s study so Roger and I could support her as her husband revealed his indiscretion. She screamed in shock, pelted commentaries at her unfaithful partner until she had no more strength, and exhausted, slid into the study corner in the fetal position.

I felt so helpless. Watching her agony and humiliation broke my heart. I held her while she shook and sobbed. Shell-shocked myself, I later turned to my best friend, an elder’s wife in the church. I loved her like a sister and I needed her consolation and prayers. I knew I could trust her with such a heavy burden. She was comforting and sympathetic. Years later, I discovered that she too was having an affair with a college student in the Sunday School group we taught together. I still shudder at the thought, although I have learned God is faithful even when we are not.

At first, our unfaithful music pastor appeared more stunned than sorry. But the grief and anger waned as the months rolled by, and the couple was able to put their marriage back together. The grace of God, the love of their church family and amazing counselors helped the family survive. Although the errant leader was removed from his post, the couple remained in our church to get healed and well.

The Sunday after the affair was revealed, Roger was in a quandary about how to announce the sad news to his flock. He perused his seminary tomes to see if there was a chapter called “Adultery 101,” and no such chapter existed. But he did come upon these words from 2 Timothy 5:19-20: “Do not entertain an accusation against an elder unless it is brought by two or three witnesses. But those elders who are sinning, you are to reprove before everyone, so that the others may take warning.”

My pastor-husband knew that integrity and obedience should also be coupled with grace. So Roger preached a team sermon with our head counselor. He explained that church discipline was essential and how, though the leader would be removed from his position, we would continue to minister to him and help the couple get their lives back together. Our senior counselor explained that we as a congregation would grieve as well, and he gave us some scriptural guidelines for processing that hurt in a healthy way. We offered the services of our elders to comfort and counsel our people. They both explained that, as sinful people, we will always stumble and disappoint, but God never will. He is the rock we must cling to when catastrophe knocks upon our doors.

We were a young staff, unaware that the casualties of spiritual wars were devastating. Satan was a formidable foe, and only wise shepherds learned to be wary and to best him.

WINDOW PANES became our first line of defense. You heard me -- window panes. Every office door was fitted with glass panes to promote “transparency” and accountability among the ministers who inhabited the quarters and the counselees who passed through their doors. I remember my husband (who was a real hottie at the time) called his secretary in and told her that if a woman made a pass at him during a session, he would bring in his trusty assistant and ask the flirtatious woman to repeat her words. Well, that was the end of that!

Our staff mutually agreed that no one would have a meeting off-campus with someone of the opposite sex unless accompanied by a third party.A pastor would not ride alone in a car with someone of the opposite sex without another person present. Do these measures seem drastic? Legalistic? Paranoid? Perhaps. But they were effective. After 30 years of ministry, the church leader indiscretion accounts that I could share with you would blow you away. I could give Danyelle Steele a run for her money in soap-opera novel writing. Remember, however, that in the “real world” marital fidelity stats are worse.

I find it intriguing that in our naivety, our staff figured out that window installation was a great first-line offense to ward off sexual misconduct. God was teaching us a powerful truth.

Windows can protect us from the elements and let in light from the outside. David got a gander at bare Bathsheba because she failed to close the bathroom blinds. (Did she leave them open on purpose? Hmmmm...) Millions of men and women open their Microsoft Windows and Mac iPads to let in all sorts of prurient pornography. The television and movie screens provide loads of opportunities to gander at all that is lewd and lustful. We can close those curtains! Job said,“I made a covenant with my eyes not to look lustfully at a young woman” (Job 31:1). Job closed the shades. Jesus was serious about closing those drapes in Matthew 6:23: “But if your eyes are unhealthy, your whole body will be full of darkness. If then the light within you is darkness, how great is that darkness!” Yes, open windows can be dangerous and destructive.

Open windows can also protect us. Jesus said in John 3:20-21: "Everyone who does evil hates the light, and will not come into the light for fear that their deeds will be exposed. But whoever lives by the truth comes into the light, so that it may be seen plainly that what they have done has been done in the sight of God.”

Close the blinds to beguiling temptations. Don’t become a voyeur into Satan’s dark dominions. Don't let a sordid society hook your seamy side.

Open the shades and let God’s light shine in you. May your life be totally transparent, an open book. God can pierce the darkest corners of shady sin. He can keep you pure.

We need to have open windows, welcoming the light of Jesus. Jesus’ classic Sermon on the Mount statement describes our need for holiness so well in Matthew 5:8: “Blessed are the pure in heart, for they shall see God.” The real reason we open the shades and choose to be pure is not some legalistic attempt to please God in our own strength.

The only reason we become pure is because we want God more than we want our sin. If you don't have His love before you, if you don't feel the emptiness of needing Him more, then it's easy to hang on to the very things that make us miserable and destroy our lives. We pursue Him and the ugliness falls away. We become transparent, accountable and honorable. God’s gorgeous, glorious light will permeate the darkest corners of our hearts and set us free to love Him and others.