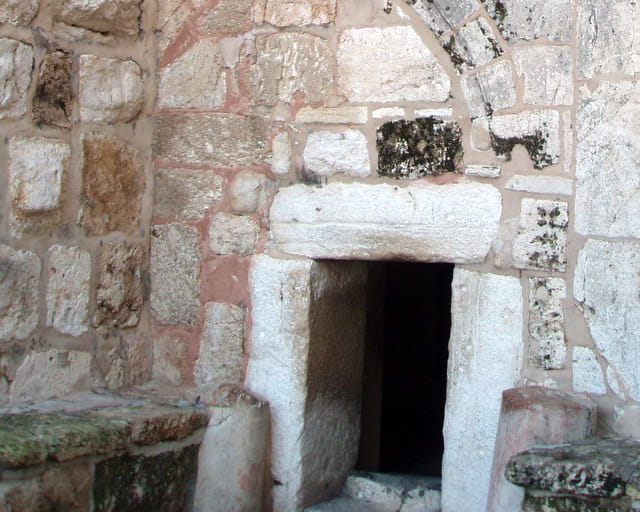 Entrance to Church of the Nativity, Bethlehem

If it wasn’t the least likely place, it was close.

Bethlehem was an “on the way” place. You passed through Bethlehem because you were on the way to or from Jerusalem. Two thousand years ago there was not much there. Bethlehem was indeed a “little town” as described in the familiar Christmas carol by Phillips Brooks. Although well-known as the birthplace of King David, the town itself was home to perhaps 200 permanent residents. Because it was close to Jerusalem, we can assume that the various inns and guesthouses were full of pilgrims making their way to and from Jerusalem and on their way to various ancestral hometowns to pay the census tax required by Caesar Augustus (Luke 2:1-3).

Or it could have been Alexandria or Antioch. The Roman Empire was filled with great and famous cities.

But our God is not a frontrunner. He doesn’t need worldly power to accomplish his purposes. When Jesus was born, the world paid no attention to a young couple giving birth in a stable in some tiny village in a backwater province of the Roman Empire. No one noticed the baby wrapped in rags sleeping in a feeding trough.

In such an unlikely way, God moved into our neighborhood and became one of us.
God’s ways are not our ways.
If you doubt that, take another look at that sleeping baby.

He will one day rule the world.
Joy to the world, the Lord is come!

Lord God, you are indeed the God of great surprises. Thank you for sending Jesus to save us from our sins. Amen.