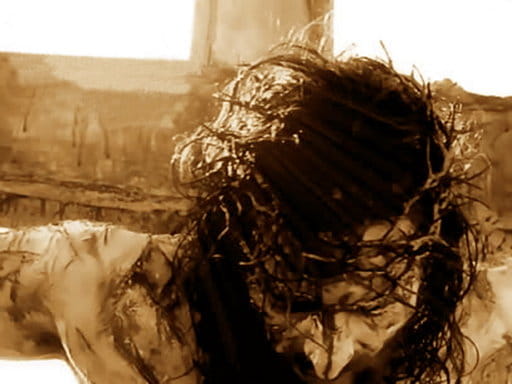 I had the most remarkable encounter with God today. I was meditating upon Jesus on the cross, and, after decades of being a Christian, God revealed to me an aspect of Jesus’ suffering that I never understood or even considered. What was it truly like for Jesus to experience “hell” on the cross?

We know that all of the sins of every human in history were laid on Him. We know that Isaiah said the “chastisement of our peace” was experienced by Christ in those agonizing moments, but I believe the nails, the thorns and the ridicule were almost negligible to Jesus as He hung between heaven and earth in those hours.

This was a young man who confessed to his closest disciples that He and the Father were one (John 17:11). Uninterrupted fellowship. He never felt guilt for wrongdoing. Jesus said He only did what He “saw the Father doing” (John 5:19). Such profound communion, unsurpassed joy and quiet peace are something most of us rarely experience in our fleeting days on the earth. But Jesus walked with His Dad every day, just like Adam chatted with God in the cool of the evening. His most precious relationship was cruelly ripped from His heart as His Father looked away. “Daddy, oh Daddy, why have you forsaken me here?” (Matthew 27:46)

To have such intimacy ripped away as the Son of God suffocated on that rough-hewn cross was far worse than any insults hurled at Him by onlookers. In fact, I imagine He hardly noticed them. We know that every sin in all of history weighed upon His fragile form. I could see in my mind’s eye the rapid succession of thoughts racing through His brain. Bloody murders, sexual depravity, biting curses, regret and guilt as every rebellious act was replayed in His mind’s eye. Future holocausts, atrocities and broken lives poured deep sadness into His soul. Jesus had never felt any of this in His lifetime. It was a heinous baptism of evil for a spotless Lamb. Visualize the child molester caught in his prurient web of perversion. Jesus became that man. Picture the prostitute that sold her body, night after night, to abusive, disease-infested sexual partners. He lived her humiliation and despair.

A friend of mine almost lost his life when his boat overturned on Lake Dallas in the middle of the night. As Bob Morgan plunged beneath the icy water and gasped for air, he felt the panic that these breaths were his last. Clutching to a large piece of wood in the wreckage that was once his fishing boat, he floated hour after hour, waiting for the light of dawn and hoping against hope for rescue. Bob did survive. But his story was incredible. As he came up for air, clinging to life, he said that in an instant, his whole life passed before him like a 3-D movie. His moments playing at recess as a child, his graduation from high school, the day he met his wife -- not selected memories, but every memory was replayed in a split second. If a single life could be recounted as this man walked through the valley of the shadow of death, certainly Jesus could experience all the sin of all of humanity in those dark hours on the cross.

God continued flood my mind with Jesus’ agony. Sin and separation weren’t the only horrors Christ suffered. He entered hell itself. The gaping mouth of Satan’s lair was opened to Him. Jesus had trounced Satan in the wilderness, but now the Devil had his heyday. Daniel the prophet wrote that hell is a place of shame and everlasting contempt (Daniel 12:2). The demons tormented him (Revelation 20:10). The laughter of the Evil One mocked his final breaths. The fires of Gehenna flamed around Him. We know that burning to death is one of the most excruciating ways to die, perhaps even more painful than execution by crucifixion. The fire of Tartarus flayed Jesus’ skin, but He didn’t burn up. He continued to writhe without relief. Those nails grew hotter and hotter. “I thirst” was an understatement. The rich man Dives begged poor Lazarus for a drop of water, but none came (Luke 16:4). And no relief came to Jesus, even after a sponge of vinegar touched His parched lips.

I now believe that the whips, the crown of thorns, and the derision of Herod were simply incidental to Jesus’ dark day of death.

There was hell to pay. And He paid it. For you. For me.

"Surely He has borne our griefs (sicknesses, weaknesses, and distresses) and carried our sorrows and pains [of punishment], yet we [ignorantly] considered Him stricken, smitten, and afflicted by God [as if with leprosy] 5But He was wounded for our transgressions, He was bruised for our guilt and iniquities; the chastisement [needful to obtain] peace and well-being for us was upon Him, and with the stripes [that wounded] Him we are healed and made whole.

6All we like sheep have gone astray, we have turned every one to his own way; and the Lord has made to light upon Him the guilt and iniquity of us all."