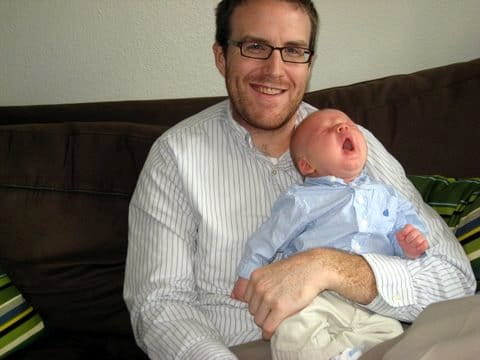 Joseph has been rightly called the forgotten man of Christmas. It is natural that most of our attention should focus on Mary since she gave birth to Jesus. Nowhere in the birth accounts do we have any recorded words of Joseph. He appears on the stage of history for a few moments and then disappears.

How old was Joseph? We don’t know the answer for sure, but many writers agree that he was probably a young man and possibly a teenager.

Now Mary turns up pregnant. Joseph only knows one thing for sure. He’s not the father.

What did he say to her? What did she say to him? Did she tell him about the angel Gabriel? If she did, can you blame him for not believing her?

I think Joseph cried harder that day than he had ever cried in his life.

When Joseph woke up, he did what the angel of the Lord had commanded him and took Mary home as his wife. But he had no union with her until she had given birth to a son. And he gave him the name Jesus.

Every step he takes testifies to his greatness:

1. By marrying her quickly he broke Jewish custom, but he protected Mary’s reputation. She was pregnant and he wasn’t the father but he married her anyway.

2. By keeping her a virgin until Jesus was born, he protected the miracle of Jesus’ conception by the Holy Spirit against slander by unbelievers.

3. By naming the baby he exercised a father’s prerogative and thus officially took him into his family as his own son.

The story in Matthew 1 is told exactly as a man would tell it. I like Joseph. I wish I could meet him. He strikes me as a very good man.

There is one other line of proof about the kind of man Joseph was. When Jesus grew up and began his ministry, he chose one word above all others to describe what God is like. He called him Father.

Heavenly Father, thank you for choosing Joseph. I pray for the same courage to trust you even when circumstances may tempt me to doubt what you are doing. Amen.