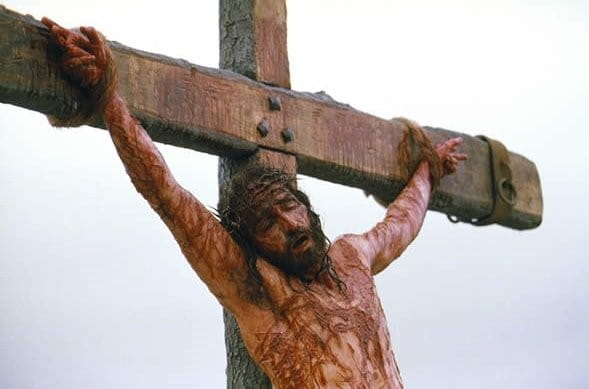 That's what Roger said to me after he watched Mel Gibson's movie The Passion of the Christ with a group from our church. Roger was in the 7th grade when he saw the movie. He gripped my hand, his eyes filled with tears, his lips quivering. For a long time, he couldn't say anything. Finally, with great emotion, he spoke three words, "It isn't right."

What they did to Jesus was the greatest crime in history. How could such brutality be justified?

When John Piper wrote about it (50 Reasons Why Christ Came to Die), he gave an answer that is both simple and profound:

The most important question of the 21st century is: Why did Jesus Christ come and die? To see this importance we must look beyond human causes. The ultimate answer to the question, Who crucified Jesus? is: God did! It is a staggering thought. Jesus was his Son! But the whole message of the Bible leads to that conclusion.

Just ponder these words: "Who crucified Jesus? God did!" The exclamation point drives the truth home. No one would have expected God to put his only Son on the cross. But that's exactly what happened. The events of Good Friday will make no sense until you grasp that great truth.

And that helps us understand the haunting cry, "My God, My God, why have you forsaken me?"

When he did that, Jesus was alone. Completely forsaken. God-forsaken. Abandoned. Deserted. Disowned.

We may not understand that. Indeed, it is certain that we do not. But that is what these words mean.

Thus did the Son of God make complete identification with sinners. Jesus became a curse for us. He died in our place. All our sins were laid on him. It was for that reason-and only for that reason-that God the Father forsook his beloved Son.

When Charles Wesley wrote his great hymn And Can It Be?, he began the second verse with a line that could have been written with this statement in view:

'Tis mystery all: th'Immortal dies:
Who can explore His strange design?

We will never fully understand what it meant for Christ die in our place, taking our sins upon himself, bearing our punishment, that we might be forgiven forever.

Rest in this simple truth. He was forsaken that we might never be forsaken. Those who trust in him will never be disappointed, in this life or in the life to come.

Amazing love! How can it be, That Thou, my God, shouldst die for me? Amen.

In what sense did God "forsake" his Son on the cross? Why would God do such a thing? How bad must sin be in the light of the cross? Take some moments to ponder the death of Christ. Spend some time thanking Jesus for what he did for you personally through his death.