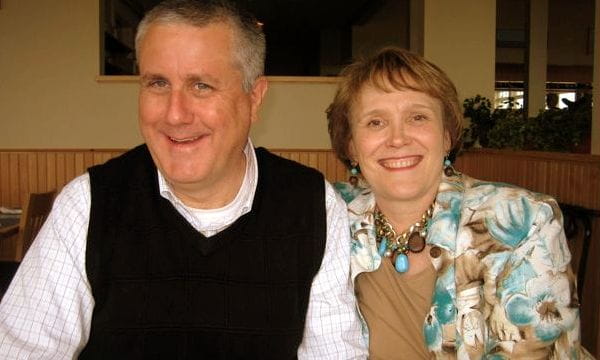 What were you doing 39 years ago today?

I was playing in a shuffleboard tournament in Mesa, Arizona. It was a family tournament, featuring me and my brothers and my Uncle Russ and maybe one or two others. Somehow I managed to make it to the finals against Uncle Russ. Exactly who won, or even if there was a winner, remains a mystery in my mind because we were interrupted by my father with an important announcement:

Which is exactly what I did. I remember very little about that hot night in Arizona except that the minister and my father chatted amiably about real estate prices in the Valley of the Sun as the three of us waited in the anteroom for the service to begin.

It was a short service, lasting only 15 minute or thereabouts. I marched out with my father (who was my Best Man) past my smirking brothers (plus my good friend Ricky Suddith) who thought it was hilarious that I would be the first brother to get married.

Unlike the way young people do things today, I did not see Marlene on the day of our wedding. I remember talking to her on the phone sometime during the afternoon, going over the final details of our honeymoon at a resort an hour or two north of Phoenix.

Since this was 1974, there were no cellphones or video cameras. We have no record of the vows. I don’t remember if we wrote our own. I doubt it. I don’t remember that we gave the minister any special instructions. We must have told him to give us the standard ceremony.

Whatever he did worked. He tied the knot good and tight.

I do remember the vision of my bride walking down the aisle, smiling, as beautiful in white as a bride could ever be. She was so happy.

I was happy. And nervous. Probably more nervous than anything.

In the years since then I have performed many weddings, about which I can say confidently that the happy couples had no clue what they were getting into.

Whenever I say that, people chuckle knowingly. That certainly applied to us. We didn’t have a clue either.

I got to kiss the bride that night. Not our first kiss, you understand, but the first kiss as husband and wife. I have no memory of that either.

It’s all a blur in my mind. My brothers swear that I let out an “Oh yeah!” as we marched out, which I totally don’t remember but can’t deny because it is probably true.

Anyway, that was 39 years ago today. I am typing these words from the lobby of a hotel in Tupelo, Mississippi. We are here so I can go to the dentist. After he sees us, depending on what he does, we may start the drive back to Dallas.

A few minutes ago Marlene rolled over and I said, “Happy Anniversary.” Then she wished the same to me and went back to sleep.

So that’s what it has come to after 39 years.
On the road and off to the dentist.

This, my friends, is what big-time marriage is all about.

But I am a very happy man this morning. Marrying her is the single best thing I’ve done in my life, and pretty much every other blessing I’ve received from the Lord starts right there.

As she said to me the other day, “Well, we haven’t had a boring life.” Very true. Now that we’ve made 39 years, I doubt we can match this total again. I would have to live to be 99, which doesn’t seem likely. So maybe, if the Lord is merciful, we can make it to our 50th eleven years down the road. And then maybe another 10 after that.

But that’s all speculation. I know exactly as much about the future today as I did on that hot night in Arizona 39 years ago. All our tomorrows are in Higher Hands.

He who finds a wife finds a good thing, says the Good Book.
The Good Book is right.
I have found a wife who pleases me and amazes me and occasionally baffles me and always keeps me on my toes.

I have obtained favor from the Lord, and her name is Marlene.