7 Positive Ways You Can Respond to Criticism 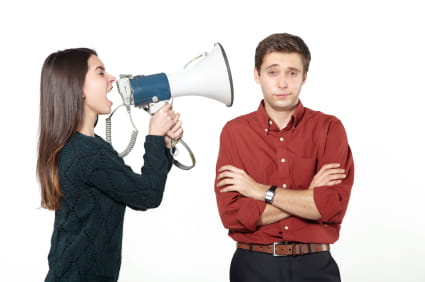 We all deal with criticism sooner or later. No one can escape it.

Live long enough and you’ll be criticized for your looks, your dress, your habits, what you do, where you go, and who you hang out with. In business and in the ministry critics abound. Sometimes they sprout like mushrooms after a spring rain.

Or maybe they’re more like snails and worms.
The point is, they’re everywhere.

Here are seven positive ways to respond to criticism.

Proverbs 15:32 tells us that a wise man listens to a rebuke. Sometimes we need the “faithful wounds” of a friend (Proverbs 27:6). So take the time to listen to what your critics have to say.

Will you like it? No.
Will it hurt? Probably.
Will you get mad? Maybe.

Take a deep breath and make up your mind to listen anyway. You have to listen or the rest of this list doesn’t matter.

A person who will not listen can’t be helped.

How many times have we spoken too soon? Sometimes a phone call or an email or a comment strikes us at the wrong moment. If we strike back in anger, we will soon regret it.

Step back.
Walk away.
Bite your tongue.
Bite it again.

Don’t hit the Send button on that fiery email. Let it sit and simmer and soak for a few hours. Then hit the Delete button and start all over.

This may involve asking some clarifying questions or asking for examples. If the criticism stings you badly, ask a few trusted friends for their counsel. You may be surprised to learn that your friends agree. Or they may tell you to forget about it. It helps to get perspective from people who are not emotionally involved in the situation. Seek the wisdom that comes from a multitude of counselors (Proverbs 11:14).

Most of the time we can learn something useful from even the most unfair criticism. Perhaps you’ve heard about the young boy who was found digging through a large pile of horse manure.

“Son, why are you doing that?”
“With all this manure,” he replied, “there must be a horse in there somewhere.”

You may be facing a pile of manure.
There’s probably a horse in there somewhere.
Dig for it.

“Lord, is this true?”
“What are you saying to me through this?”
“Grant me your grace so that I might respond as Christ would respond.”

And maybe this prayer too:

Think of it this way. The criticism may be way off base, but God intends it for some good purpose in your life anyway. Seen in that light, your critics are God’s servants for your good so thank them even if you disagree with what they say. And then thank God for allowing them in your life.

Sometimes criticism paralyzes us because we fear that someone is watching our every move. That’s true, of course, and that someone is God. He’s watching all you do and say, and someday you will give account to him.

Listen to your critics.
Learn what you can from them.
Then forget about them and move on.

If the criticism is useful, you’ve gained through this process.
If it isn’t, you’ve been trained in the graces of patience and longsuffering.
Either way, you’re better off than you were before.

Don’t let them get you down.
Keep moving forward.
You’ve got important work to do.