Men Aren't off the Modesty Hook 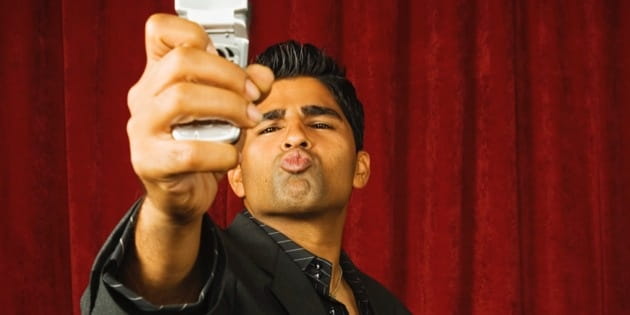 We men like to be on the giving end of the modesty discussion. When dueling articles about what women should wear hit the Interwebs, we clap and shout from the sidelines. We like to support the cause because we’re pretty sure that modesty revolves completely around skirt length, bikinis, and tight tops.

But a definition of modesty that focues solely on women’s clothes actually does a great disservice to the word. It’s always been a much bigger concept, and as Matt Walsh points out in a trending blog post, men have just a much a part in it as women.

While scrolling through his Facebook news feed, Walsh came upon a picture that “scandalized” him for its immodesty. But not for the reasons you might think:

“In fact, the focus of the photo wasn’t even a person at all. My [male] Facebook ‘friend’ had posted a picture of his expensive new boat. I know that it was expensive, because he alluded to the steep price in the caption, saying that he has the ‘best wife in the world’ because she ‘actually let [him] buy this.’

“You see what he did there (besides insinuating that the value of his spouse depends on her cooperation with his desire to purchase pricey recreational equipment)? Lest you accuse him of being uncouth, he cloaked his boast in a compliment of his ‘best wife,’ which means he actually disguised a brag by wrapping it in another brag. That’s kind of like hiding the shame of eating a Cinnabon by lathering it in a gallon of butter.

“And immodest—intended to present a one dimensional image of success and luxury, thus, if all goes according to plan, send everyone else plunging into a salty stew of envy and resentment.”

Wait. Wait. Wait. A boat? What does bragging about an expensive boat have to do with modesty? Well, our culture has reduced the term modesty to a shell of its former self. Traditionally, the word carried much more dignity. It was a cardinal virtue, a lifestyle that meant resisting the lures and trends of this world (kinda like what Romans 12:1–2 talks about). Modesty means behaving in a way that shows love to others, that elevates others.

What women wear is only a small part of that:

“We are modest for the sake of our dignity, so as to avoid making of ourselves a shell, a construction, a label, a category; a phantom of someone else’s desires. We are modest because the motivation behind immodesty will leave us vulnerable to shifting trends and popular ideologies. Every one of these modern trends and ideologies are designed to help us project a falsehood, leaving our true essence buried under the noise and commotion of it all. The immodest person, you might say, turns themselves into a marketing strategy.

“Skimpy clothes are just one way to project that falsehood and market the lie; just one way to undermine our dignity; just one way to subjugate ourselves to changing trends and hollow fashions. There are many other ways. My friend with the boat demonstrated one of them. When I drove by a big house in a nice neighborhood the other day, and thought about my smaller house, and felt a ping of envy for the family in the bigger one, and chose to bask in that envy for a few moments, I conveniently demonstrated still another way to be immodest.

“If I were to go to the store and purchase a shirt with a giant brand name plastered across the front of it, I would be immodest—attempting to call attention in a way that undermines my human dignity, while objectifying myself; in this case, I’d have made myself into an object like a billboard or a catalogue for the company whose name I’ve paid to advertise.”

In the long run, immodesty of this sort can lead to disillusionment and depression. According to Jim Liebelt, this trend has already popped up in college freshmen:

“Still, these young egoists can grow up to become depressed adults. A 2006 study found that students suffer from ‘ambition inflation’ as their increased ambitions accompany increasingly unrealistic expectations…

" ‘Our culture used to encourage modesty and humility and not bragging about yourself,’ [Psychologist Jean] Twenge told BBC News. ‘It was considered a bad thing to be seen as conceited or full of yourself.’ Twenge said narcissim is a trait that is often negative and destructive, and blames its boom on several trends—including parenting styles, celebrity culture, social media, and easy credit—for allowing people to seem more successful than they really are.”

What are your thoughts? Do you agree that modesty is not just a woman’s issue? How can Christians deal with modesty in our culture?