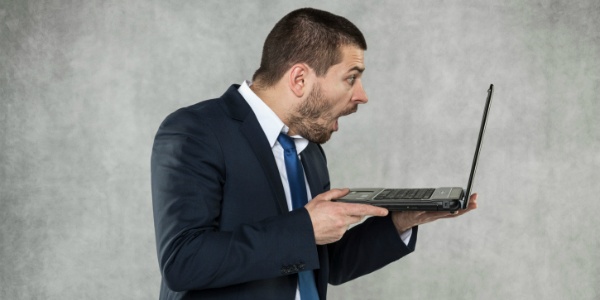 Trolls. If you’ve been around the Internet for any length of time, you’ve no doubt encountered them. Trolls are people who post comments online with the intent not to engage or even disagree, but in order to upset others. These commenters write inflammatory, off-topic messages meant to deliberately provoke an emotional response—and are often quite successful at it.

Internet trolls have once again made front page news as Robin Williams’ daughter, Zelda, was driven off Twitter by vicious trolls who repeatedly sent her threatening, misogynistic messages after the passing of her famous father earlier this week. Twitter eventually shut the trolls down, but not before the damage had been done.

Her situation is one of countless like it online. As an editor who manages content on several different Christian websites, I’ve seen some disturbing, disgusting comments left on articles and blog posts from tolls (our editorial team even make a little video lightheartedly addressing some of our worst critics). And while you might be tempted to think Christians aren’t to blame, sadly, Christians do it too. In fact, as Crosswalk.com editor Debbie Holloway wrote recently, Christians can be some of the most notorious culprits.

So what should we do when trollish comments come our way? Or when we ourselves are tempted to troll? Over at Christianity Today, Emily McFarlan Miller has written a fantastic piece on how Christians ought to respond to trolling. Here are the three ways Emily suggests Christians respond when faced with a troll.

2. Thou shalt not troll. While we’re great at seeing the troll-ish behavior someone else is exuding, we need to be careful to check our own behavior as well. Before responding to a post that has you riled up, perhaps the best thing you can do is walk away and take a breather before writing a response.

3. Love thy trolls. Yes- it’s hard to feel generous toward the person creating provocative, unnecessary posts. But it can be done—and more importantly, Jesus calls us to do so. Micky Jones, a seminarian at George Fox Evangelical Seminary and the North American Institute for Indigenous Theological Studies, had this to say about loving the trolls among us. “Even when a person is trolling, they’re still a human being. They’re still a person Jesus is crazy about. … It sounds cheesy, but it really does boil down to loving that person – am I being kind to that person?”

As Emily notes, sometimes the most loving thing we can do is to log off.

What do you think? Have you encountered trolls online? How have you best dealt with the problem? Let us know in the comments!