What An ALS Family REALLY Thinks About the Ice Bucket Challenge 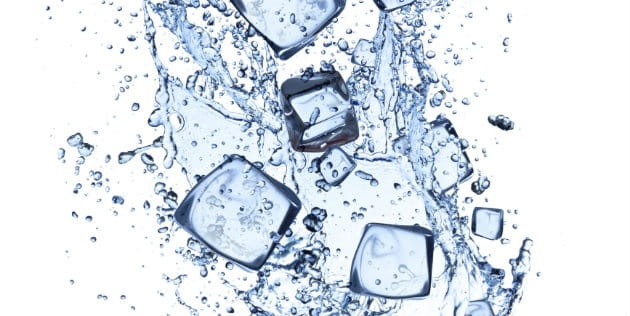 If you live in the United States, odds are your Facebook feed has been cluttered this week with videos of your friends dumping buckets of ice on themselves, and then tagging more friends to do the same. Odds are also that you’ve seen many critics (or been a critic yourself) of this “Ice Bucket Challenge” fad.

The game was intended to create awareness and raise funds for Amyotrophic Lateral Sclerosis (ALS) – more commonly known as Lou Gehrig’s Disease. If you’re tagged, the challenge is to make a donation to an ALS charity or (some would say and) dump a bucket of ice water on yourself, film it, and post it for the world to see. Has the game been successful? And what are people criticizing about it anyway?

Well, from an awareness standpoint, it’s easy to see that mindfulness of ALS is certainly growing. Many professional athletes have participated in the viral trend, as well as big names like Jimmy Fallon, Martha Stewart, Justin Timberlake, and Larry King. #IceBucketChallenge is Trending on Facebook and Twitter with no signs of slowing down.

From a charitable perspective, the game has also been surprisingly successful. According to the NY Daily News, as of Tuesday August 19th, 22.9 Million dollars have been raised for the ALS Association – showing a 1100% “surge in donations” since the start of the Ice Bucket Challenge.

Even so, there are outspoken critics of the game. Many observe (often correctly) that most participants seem to only be in for the fun and attention of partaking in a viral trend, often without mentioning ALS, without donating to any charity, and wasting several gallons of clean water to boot (something many people around the globe could never afford to do). These are obviously things that, as Christians, we should consider deeply. After all, when doing good deeds, Christ does exhort:

"Be careful not to do your 'acts of righteousness' before men, to be seen by them…But when you give to the needy, do not let your left hand know what your right hand is doing, so that your giving may be in secret. Then your Father, who sees what is done in secret, will reward you.”

And proper stewardship of resources should be something we are all concerned about, especially when so many people in the world routinely go without clean water.

But perhaps the most important question might be, what does the ALS community think about the Ice Bucket Challenge?

One blogger weighs in. Bo Stern, wife of a man suffering from ALS, has written an article featured on FaithIt entitled What an ALS Family REALLY Thinks About the Ice Bucket Challenge. In it, she shares:

“…[W]e humans need to associate things with people. It’s easier that way. That’s why the celebrity faces and personal challenges happening in the ice bucket challenge are so effective at bringing in money. And if someone gets to look good while plunking their $50 in the ALS tip jar, I have zero problem with that.

Because here’s the deal: We are in for the fight of our lives with this monster, and the very LAST thing I want is for people to give quietly, anonymously, and then slink away. Raise the roof! Raise a ruckus! Call all sorts of attention to yourself! I will be happy for you and every Facebook like you receive, as you nudge ALS an inch or two closer to the collective public consciousness.”

According to the ALS Association website, President and CEO Barbara Newhouse said,

“This is a creative way to spread ALS awareness via social media and in communities nationwide…We thank Pete Frates and his family [instigators of the trend] for getting so many people involved in spreading the word about ALS.”

So what do you think of the Ice Bucket Challenge? Have you participated yet? Are you still skeptical? To understand what it’s like to walk “a mile in ALS shoes” – read the rest of Bo Stern’s article, and consider researching and donating to ALS (or another charitable cause) whether or not you choose to dump ice water on yourself!