3 Powerful Actions to Take Every Time You're Afraid 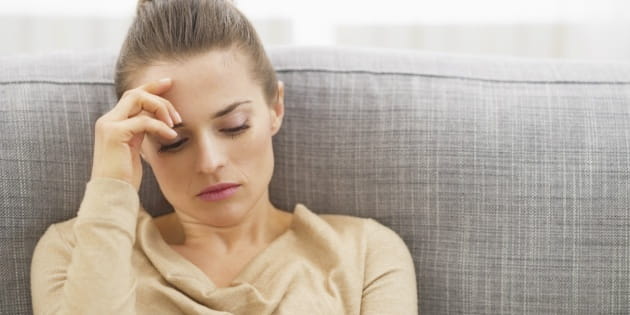 Are you often fearful or anxious? You’re not alone. In her new piece over at The Gospel Coalition, When I Feel Afraid, Leeann Stiles opens up about her struggle with anxiety, which first manifested itself in her youth and then continuing to be present as an adult. “When I was growing up, adults often tried to reassure me by saying my fears would never materialize. But I knew no one could absolutely guarantee they wouldn’t. Really improbable things happen—my husband once jumped out of the closet and scared the dickens out of me (for which he spent the night on the couch). More seriously, people really do lose their jobs, and planes sometimes crash. Suffering happens. Jesus tells us that we will have tribulation in this world (John 16:33).”

Can you relate to her sense of dread? Our fears can often paralyze us, Leeann explains, and can even squelch our desire to obey God. So how do we overcome them? Leeann shares three powerful actions you can take to overcome your fears and let Christ's peace reign in your heart.

1. Acknowledge that your fearfulness may be sinful. Of course, as Leeann notes, our fears can sometimes seem perfectly logical. “But my rationalizations don’t hold much water when compared to God’s character and Word. Are my worries really understandable considering God’s perfect love and sovereignty? While I might be prone to fear, can I use that tendency as an excuse? I don’t think so.” Confessing and repenting of sins that might be driving our anxiety is a powerful weapon against them.

2. Remember God’s promises. When we’re fearful, claiming the promises of God reminds us that Christ has triumphed over all the things that might harm us, though that doesn’t mean harm will never befall us in this life. “He doesn’t promise me safety in this life; rather he promises me something so much better: himself. He promises never to leave me or forsake me (Deut. 31:6). He’s present with me to the corners of the earth (Ps. 139:7-12). And he’ll sustain me to the end (1 Cor. 1:8). His promises are true and reliable no matter what happens.”

3. Choose to act on truth rather than emotions. We know that emotions can be deceptive. While they’re good at telling us something is wrong or indicative of what we value, they shouldn’t be used to make decisions. So Leeann suggests that instead of “passively believing feelings, we can choose to believe and act on God’s truth, a sure foundation.”

iBelieve writer Julia Cheung recently wrote on this very topic in her article, How to Fight Anxiety and Frustration with Powerful Prayer. In it, she recalls a morning of frustration and anxiety, trying to get her children packed and ready for a camping trip. Problems kept arising and her anxiety threatened to cripple her. But at a crucial moment, when she could have given into the fear and despair, she instead turned to God in prayer. “I sat behind that steering wheel, paralyzed and angry. And the Holy Spirit began to move,” Julia writes.  “I began to cry out to God in desperation. And then to thank Him. He was with me. God is always with me. He hems me in behind, and before. He knows my steps before I take them. Did I really believe it? In the midst of the shattered shed, the stubborn gas flap, my own incompetency, the late schedule, all the unknowns, I began to thank God for the simplest things… As I prayed, the anxiety began to ebb away. My heartbeat slowed back down. The Holy Spirit began to comfort.”

God has not left us without tools to fight the fear that tries to overwhelm us. The next time you are fearful, try actively fighting that fear instead of letting it overtake you.  For more resources on fighting fear and anxiety, check out:

Overcoming Anxiety and Depression
Anxiety-Free Christianity
Fear and Anxiety: God’s Provision in Your Time of Need