Seduction and the Cost of Sin 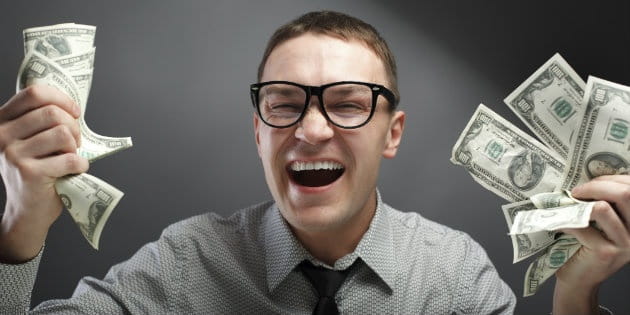 I considered his words. Of course, he had a point: our group was well-fed—none of us had missed a meal that day. We were sitting on comfortable sofas and chairs in a warm living room with all the necessities we could need. We all had jobs. We all were blessed with families. None of us had ever been threatened with death because of our faith. So his words were good to reflect on; perspective on our sufferings is good.

Still. There’s something to be said about the particular sinful temptations that are unique to Americans and other Christians in first world countries. Though persecution from authorities may be limited, countries will limitless access to money, power and sex provide daily opportunities to give into sin. Mark Howard has written a thoughtful article, Seduction and the Cost of Saying No, which addresses this very problem.

Howard has worked with young Iranian Christians and has thought a lot about the differences in persecution in Iran and America. “America doesn’t kill or incarcerate people for being Christian, but it does foster a social and economic environment that makes following Jesus increasingly costly,” he writes.

Though we should be thankful that we don’t daily fear martyrdom the way many of our brothers and sisters around the world do, we must acknowledge the things that tempt us to renounce our faith. Indeed, these things might even be more dangerous to the souls of Christians as they are folded sneakily under the attractive wrappings of power and pleasure.

Howard quotes a wise friend, who told him: “Christians in the West might not face persecution like they do in the Middle East or China, but they do face the very real threat of seduction and the suffering that comes from daily resisting.”

Though Howard is specifically addressing temptations American youth face, aren’t these temptations—lust, power, pride—temptations all American Christians must acknowledge and daily die to?

“In a culture that worships popularity and power, teens experience loss when they have a chance to join the “in crowd” but let it pass because doing so would require them to compromise their Christian convictions. Practicing humility can be humiliating.”

“In a country where approximately $170 billion was spent last year on advertising, it is painful for teens who, out of spiritual conviction, practice contentment and resist finding their identity by the brands they wear. Constantly saying ‘no’ to the latest trend is hard in a culture that spends so much time, energy, and money to get you to say ‘yes.’”

Howard continues, “Jesus says to all—Iranian and American—“If anyone would come after me, let him deny himself and take up his cross daily and follow me” (Luke 9:23). For some, this will mean living with the threat of imprisonment and physical death as they resist tyrannical empires. For others, this will mean daily battle, regular humiliation, and the pain of saying “no” as they resist a seductive empire.”

Though our physical lives might be spared, American Christians must not relax and think our souls will be spared if we pay lip service to Christ but in all our ways show our allegiance to this world and what it can offer.

Want to read more on this topic? Dr. James Emery White regularly writes for Crosswalk and has studied and written extensively about the American Church and culture. His thoughts on American persecution echo Howards. He writes, “Christians in America experience nothing compared to the persecution of Christians in such places as Nigeria, Iran, Pakistan, Egypt or Syria. What is happening in America is an increasing hostility and intolerance toward Christian beliefs and values…In other words, it can be privately engaging, but must remain socially irrelevant.”

My prayer for my small group friend would be for him to see that the temptations he must die to everyday are just as real a threat to his life as the martyrdom that many of our Christian family members around the world face daily.

“Whoever loves his life loses it, and whoever hates his life in this world will keep it for eternal life.” John 12:25.