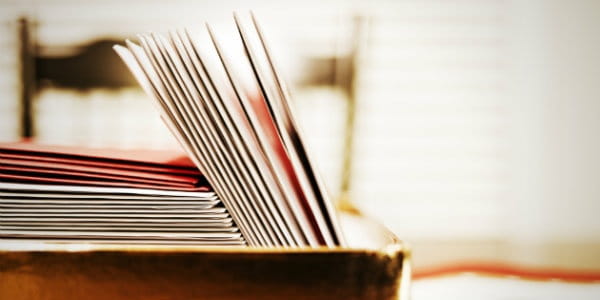 To be honest, until last year I hadn’t heard a lot about Kay Warren. I had of course heard of her husband, Rick Warren, pastor of Saddleback Church and author of the bestselling Purpose Driven Life. But it wasn’t until the tragic loss of their son, Matthew, to suicide last year that Kay voluntarily put herself in the spotlight to speak to the issue of mental illness. I have since gained tremendous respect for the Warrens and for their work in helping to break the stigma that mental illness has in this country.

I also appreciate any opportunity to learn how to “weep with those who weep.” The Warrens have been incredibly open in expressing their grief, and if we pay attention, we can learn from them. Yesterday, Kay shared yet another unexpected area of grief for her: cheery Christmas cards.

“When I opened the first batch of cards,” Kay writes, “shock washed over me. Photos of beautiful, happy, intact families cascaded onto my kitchen table. Most were accompanied by a greeting wishing me a joyous Christmas…I grew astonished, then angry, as I realized that none of the cards mentioned that our precious Matthew had died violently six months earlier, leaving us definitely not having a joyous Christmas.”

“Weeks later, I tore through them, angry tears pouring down my cheeks as I separated them into three piles: ones that didn’t mention our grief, ones that did so with a short, “Praying for you,” and ones that included soothing, loving, and thoughtful words of compassion and empathy. The third stack was the smallest.”

Can you relate? Have you been through a holiday season where the last thing you wanted was another reminder to be joyful, merry and bright? Friend, you are not alone. There are others—countless others—in this world who are without a joyful Christmas spirit right now. And that’s okay. I hope and pray you can cling to the gift of Advent: that we are waiting for something better than what this world currently holds for us.

Two Decembers ago, our Christmas season was ripped apart by a shooting in Newtown, Connecticut. Twenty beautiful little children and six brave adults died that day. I remember being at our staff Christmas party and hearing the news—I felt strange all day, trying to be celebratory while feeling sadness and shock. I remember colleagues leaving work early to go be with their kids. I remember going home and watching the news and crying hard because Christmas was only 11 days away, knowing those families would never have another Christmas not closely following a horrific anniversary in their lives, knowing they would never have another Christmas not feeling the loss of those who meant the most to them in the world.

That was not the first Christmas season marred with grief. That very first Christmas, the shepherds and the wise men rejoiced with great joy, but mothers and fathers across Bethlehem wailed and grieved because their children were mercilessly slaughtered by King Herod. "Then was fulfilled that which was spoken through Jeremiah the prophet, saying, 'A voice is heard in Ramah, mourning and great weeping, Rachel weeping for her children and refusing to be comforted, because her children are no more.’” The celebrated birth of our Savior is so tightly woven into a narrative of pain, inconsolable grief and loss. If we are to be like Christ, we must do as he did—come into a hurting world and share hope and tender love with those who need it most.

Tears and grief are okay at Christmas. Sometimes it’s the only acceptable thing. Today, I am praying for Kay and Rick Warren, for the families in Newtown, and for all those in our world who grieve and cry this Christmas. And from now on, I’m going to be a lot more thoughtful when I send my cheery Christmas cards.