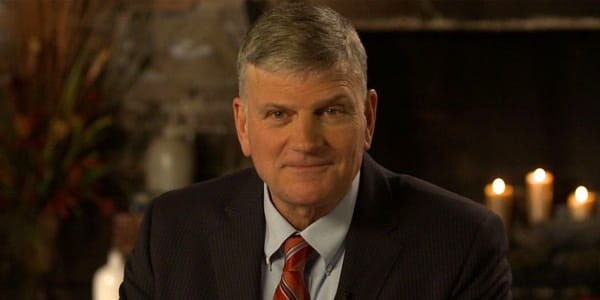 It all began with Rudy Giuliani. The former mayor of New York City, key figure in the months following 9/11, and White House contender came out swinging against President Barack Obama. “Obama,” he said, “doesn’t love America.”

In no time, news columnists and political pundits blasted Giuliani for his “insensitive” and “troubling” remark. But the former mayor didn’t back down. Instead, he took to the Wall Street Journal and said his bluntness overshadowed his message [subscription required]:

“Irrespective of what a president may think or feel, his inability or disinclination to emphasize what is right with America can hamstring our success as a nation. This is particularly true when a president is seen, as President Obama is, as criticizing his country more than other presidents have done.”

While this did little to assuage his biggest critics, Giuliani did pick up the support of Franklin Graham—though from a slightly different angle. On his Facebook page, Graham, president of the international aid organization Samaritan’s Purse, sees a similar problem with Obama’s rhetoric:

Graham has long been unafraid to criticize the President’s actions or Islam, calling it a “religion of war.” Unlike Obama, Graham says that Islamic groups such as ISIS haven’t hijacked the faith. They are, instead, simply faithful proponents:

“This is Islam. It has not been hijacked by radicals. This is the faith, this is the religion. It is what it is. It speaks for itself."

In contrast, President Obama recently used his speech at the National Prayer Breakfast in Washington, D.C., to chastise Christians by drawing a link between Islamic terror and Christian history:

Unless we get on our high horse and think this is unique to some other place, remember that during the Crusades and the Inquisition, people committed terrible deeds in the name of Christ...

Days after Obama’s statements, ISIS militants beheaded 21 Egyptian Christians, and the video of that massacre seemed to underscore Franklin Graham’s point. While Obama criticizes Americans and Christians in particular, ISIS continues to abduct and kill.

Now it’s your turn. Do you think Franklin Graham is right? Is Obama contributing to the problems by attacking those whom he should be helping?