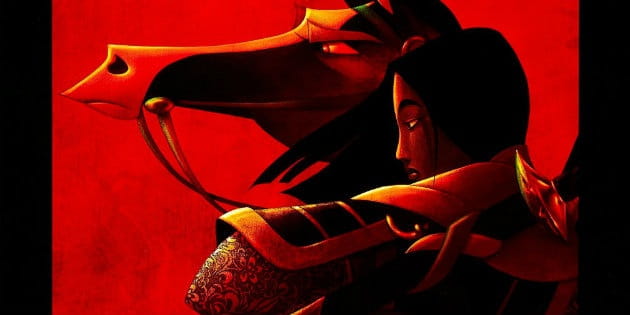 It’s seems Disney has found a new way to cash in on their old classics. According to articles in Entertainment Weekly and Relevant Magazine, the animation juggernaut has announced plans for a live-action remake of their 1998 film, Mulan. This is hardly a surprise given Disney’s recent success with live-action films like Maleficent and Cinderella. In fact, Relevant’s writer even takes a moment to poke fun at the studio’s shameless profiteering,

“Who needs new movie scripts when remaking old ones is so profitable? Following the success of new adaptations of classic children’s movies like Alice in Wonderland and Cinderella, Disney has announced that a live action remake of their late-‘90s hit Mulan is now in the works. The film joins big-budget, live action adaptations of The Jungle Book and Beauty and the Beast in the new-ish line-up of old Disney movies being remade for a fresh generation of parents to spend money taking their kids to see.”

Mulan’s tale revolves around a young girl living in ancient China, who disguises herself as a man in order to take her aged father’s place in the army. During its original run, Mulan was praised by critics and viewers alike for a number of reasons. It was the first time an animated Disney movie had starred an Asian princess, and Mulan herself challenged stereotypes as a strong, independent, woman who was comfortable in her identity. Some even say she lay the groundwork for future heroines like Frozen’s Elsa and Tiana from The Princess and the Frog. Given her substantial influence on Disney film, it will be interesting to see who the studio casts for the title role.

While there is currently no set release date for Mulan, it joins the ranks of other upcoming live-action remakes including Beauty and the Beast, Dumbo, and The Jungle Book.