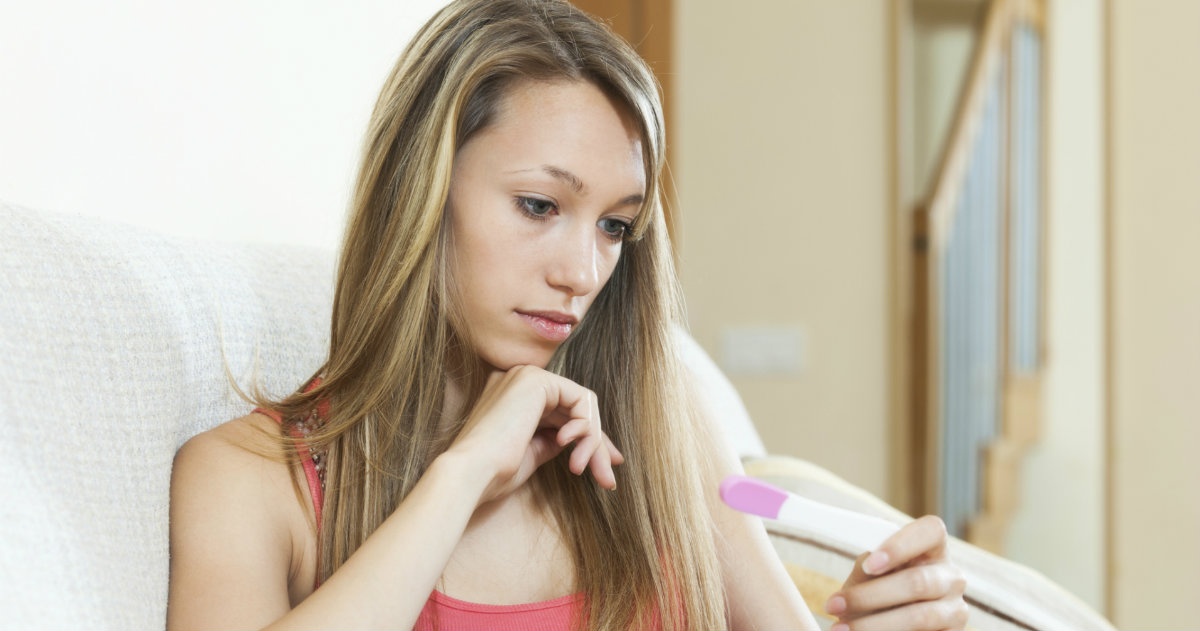 Recently, conversations about abortion provider Planned Parenthood have been cropping up everywhere we turn. After a startling video emerged that allegedly shows Planned Parenthood executive Dr. Deborah Nucatola discussing how abortion-performing doctors are able to save specific organs of babies to sell to researchers, the pro-life community and most of the nation were shocked.

The Senate has promised to launch an investigation of Planned Parenthood; meanwhile we can’t stop talking about the practice of abortion and its detrimental effects on the United States and the greater world.

But our talk is bringing renewed pain to the women who have experienced the loss of a child through an abortion procedure. The Guttmacher Institute reports about one in three American women will have an abortion within their lifetime. Many of these women live on to regret their decision and mourn the choice that they made, wondering what life would have been like if they had kept their child.

Some women decide to end their pregnancy before coming to the faith, while others may be Christians that are convinced their child was coming at the wrong time. Regardless of when the abortion occurred, the constant talk of Planned Parenthood is sending waves of emotion to the women who underwent the procedure.

The Gospel Coalition writer Nancy Guthrie wrote a powerful letter to the sisters who are now suffering as they are “forced to do battle” with the decision that they made once again. In the letter, Guthrie tells the women that they have been forgiven by Jesus Christ.

Though the “enemy of your soul tempts you to believe the blood of Christ is insufficient to cover this sin,” it has been forgiven. Abortion is not “some separate class of sin,” as Satan wants us to believe. Abortion, like all sin, has been “wiped clean” by the blood that Jesus shed on our behalf.

“On that day when you went for the abortion, you acted ignorantly in unbelief. You didn’t believe, on that day, that his grace would be enough to enable you to carry that child. And so you acted in that unbelief. But now, having cried out for it, you have received mercy. The grace of Jesus has overflowed so that you are awash in it. This grace is producing faith where there was once unbelief and love where there was once a selfish determination to live life on your own terms.”

She tells the women that they have something in common with the Apostle Paul. Before he became Paul, Saul took care of the coats while a violent mob stoned Stephen to death. He later called himself the “chief of sinners.”

Paul knew that he had sinned, but received the mercy of Jesus. He said, “Formerly I was a blasphemer, persecutor, and insolent opponent. But I received mercy because I had acted ignorantly in unbelief, and the grace of our Lord overflowed for me with the faith and love that are in Christ Jesus” (1 Tim. 1:13–14).

Guthrie urges women to accept God’s grace rather than anguish over sin.

One day, she writes, Satan will be crushed by God (Rom. 16:20) and sin will be conquered forever. But until then, walk freely “as one who is fully forgiven” and embrace “the joy and freedom of this reality.”

Many of you reading this have never had an abortion and never will. You may know of a young woman who chose life and went through with her pregnancy, though she will care for the child alone. This is a fact to be celebrated! But, as Jennifer Maggio points out in the Crosswalk.com piece “Abortion and the Church,” there is work to be done.

“67% of all single parents do not actively attend church. Many cite fear of judgment as a primary reason,” Maggio says.

If your church does not have a ministry for single parents, start one. Be the church by supporting those who need help with the struggles of raising a child alone.

“Almost every church in America will attempt to talk a pregnant single mom out of an abortion, but only 1% of churches have a ministry for single moms set in place once the baby is born. We could make the same case for the men, perhaps even fewer resources for single dads,” Haviland writes.

We are say we are pro-life during pregnancy, but we need to act on our pro-life views after the baby is born by embracing single parents into church. Children are a blessing from God. Let us celebrate their arrival with open hearts.